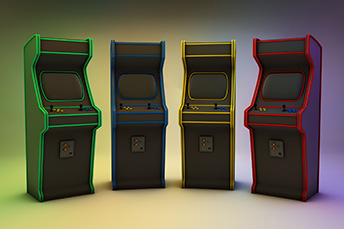 technology
marketing
millennials
Gen Z
Summary: With gaming revenue reaching over $180B worldwide, some companies are tapping into the virtual worlds of online gaming to market their brands and engage with new customers. While this marketing channel is still in its early stages, some creative and forward-looking community financial institutions may do the research and take the leap. We share an update on metaverse marketing.
Share this Article:
Did you know that there are more than 5MM different video games in existence today? Not only that, but they can all trace their origin to nuclear physicist William Higinbotham, the former Head of Instrumentation at the Brookhaven National Laboratory. In an effort to show off the capabilities of his instrumentation division during a visitor day at his lab in 1958, Higinbotham created an exhibit he called “Tennis for Two.” This exhibit allowed two people to use the knobs on a small analog computer that displayed a ball on an oscilloscope that they could bat back and forth over a net. This was 14Ys before Atari would introduce “Pong” to the world.Needless to say, today’s video games look nothing like “Tennis for Two.” They provide teens and adults alike with elaborate, virtual environments where they engage with each other and even with different companies. While this is still a cutting-edge marketing effort to reach out to potential customers, we wanted to share its rise in popularity and some of the avenues it opens up.Popularity of online gaming

The gaming industry has been growing, as video games have become more sophisticated and interactive. Gaming revenue is forecasted to hit $180.1B for 2021 with 2.5B “gamers” globally. The average age of a video game player is 34Ys, 45% of gamers are female, and 60% of Americans play video games daily. The most popular games include Super Mario, Minecraft, Roblox, and Fortnite. Amazon has tapped into this market too through its mobile gaming platform, Twitch. Unique marketing opportunities

Not only do many gamers play every day, but the average gamer spends five hours a day on video games. This game-time frequency and duration have captured the attention of many businesses. Most games mimic the real world, so there are multiple marketing opportunities, from product placement to billboards. Marketing within online gaming environments (metaverse marketing) is a nascent way to advertise your brand to potential customers, especially millennials and Gen Zers, in a very targeted and engaging way. Choose a video game for its player demographics and then enchant them with your product offers and rewards to accessorize their avatars. While the big brands have big bucks to spend, campaigns don’t have to be costly. Prices can be relatively low for a simple campaign, since it is a new marketing channel. But, creativity is a must.In-game marketing examples

Several businesses have already started marketing within the metaverse (an interactive virtual world) and have found success in doing so. This past Halloween, fast-food chain, Chipotle Mexican Grill offered Roblox users a “boorito” (a voucher for a free real-world burrito from the chain) to the first 30K gamers each day between October 28 and October 31. The gamers’ avatars had to be dressed in Halloween costumes and checked in at the virtual cash registers of virtual Chipotle locations to receive their prize. Gamers could also complete an online challenge created by the brand to win accessories for their Roblox avatars. To boost the promotion further, Chipotle also offered a $5 discount for anyone who used the code BOORITO on Halloween to order in its real-world restaurants. Trendy brand, Vans, created a virtual skatepark in the Roblox video game, allowing players to perform skateboarding tricks and earn ways to customize their avatar. As of December 2021, more than 48MM players had visited their virtual skatepark. Other brands that have turned to in-game marketing include Moschino and Mastercard. For Moschino, an Italian luxury fashion house, a campaign was launched where gamers could unlock garments and other branded options within the game for their avatars. Meanwhile, Mastercard placed its logo on digital billboards and signs in 2020 within the virtual battlefield of the League of Legends Summer Split tournament. Nike, Gucci, and Hasbro have joined the list of metaverse advertisers too.Metaverse marketing isn’t likely to attract many community financial institutions right now. However, there will be other financial institutions following in Mastercard’s footprints. Keep an eye on this emerging marketing channel, so that you have all the information you need, if or when the time is right.
Subscribe to the BID Daily Newsletter to have it delivered by email daily.

Marketing Trends in the Year Ahead
After a few tumultuous years for businesses, where and how to best deploy your CFI’s marketing budget will be critical in the year ahead.