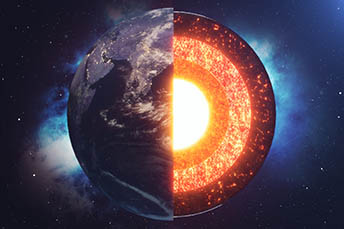 Looking Outside Of The Core For Technology

by Steve Brown
technology
digital banking
strategic planning
Summary: We explore the findings from a recent survey on the role of core providers in the technological strategies of financial institutions these days.
Share this Article:
While it is hard to pinpoint the exact temperature of the earth's core, it is somewhere between 7,952 degrees Fahrenheit and 10,800 degrees Fahrenheit. Either way, it is hot in there!
Another core that has been a hot topic lately is core providers. As most financial institutions (FIs) implemented more technology amid the pandemic, a growing number are looking outside their core provider for these services.
More and more FIs have been casting a wider net for technology services in recent years, which Bank Director's annual technology survey illustrates. Only 41% of respondents said they depend on their core provider to introduce innovative solutions. That's compared with 60% who professed a similar reliance a year ago.
In recent times, some community banks have grown increasingly vocal about their frustration with the lack of competition among core providers and the sometimes mediocre offerings that are available to them. The expense of these services has been a point of contention, leading some bankers to look beyond their core providers for better offerings.
Meanwhile, in April, the American Bankers Association's Core Platforms Committee released several resources to help bankers trying to traverse the core provider arena. It was announced that 21 core providers had signed principles to support strong bank-core provider relationships.
Even so, the tension remains palpable, as the Bank Director Survey illustrates. This is likely due to the fact that even some of the smallest institutions are moving forward with technology initiatives and need good partners. The survey showed that 46% of those with assets under 500MM have modified their technology roadmap since COVID-19, and 53% of those with assets $500MM-$1B have done so. The top three technology updates are:
Nevertheless, banks did appear to be more forgiving of their cores throughout the pandemic, with 53% of respondents rating the support offered as good and only 8% rating the level of support from their core providers as poor.
Another interesting nugget from the survey is that 75% of institutions were not likely or somewhat not likely to pick up and switch core providers come contract renewal time, though a small percentage said they would. An increased willingness among banks to look outside the box for technology solutions could be positive for our industry because it provides continual pressure on core providers to remain at the top of their game. It could mean improved prices, more options, and better service. As technology continues to shape the future of banking, we welcome greater competition among cores and non-core technology providers.
Subscribe to the BID Daily Newsletter to have it delivered by email daily.