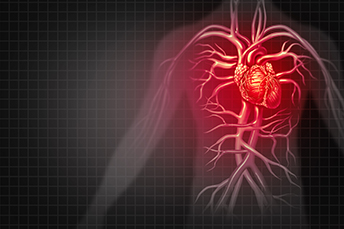 How To Keep Your Core Healthy

by Steve Brown
technology
performance
strategic planning
Summary: As bank technology ages, many community bankers are faced with a decision: what should you do about your core? We have some options for you.
Share this Article:
Siemens Healthineers is using artificial intelligence (AI) technology to try to predict how a heart responds to therapy. The idea is to get better diagnoses by simulating well in advance how patients will react best to which therapy. By capturing scans, pictures of the heart and tons of patient data, they are able to create a digital heart that can be compared to real outcomes.
This is pretty interesting new technology and we hope it works out well. As bank technology ages, many are faced with a choice: should you keep your older mainframe going, replace an older mainframe with an updated version of the same technology, or explore an entirely different solution?
The right answer is probably a hybrid of options one and three. Traditional mainframe core banking applications are not well suited to the digital economy, which requires speed and nimbleness. Still, ripping out and replacing decades-old technology is an expensive option. Instead, banks can "freeze and wrap," using existing core systems as books of record, while moving customer engagement and analytics to the cloud.
It's the difference between a heart transplant and a bypass, and it's becoming an increasingly attractive option. In the banking environment of 2Ys ago, many banks considered replacing their traditional, COBOL-based mainframes. Today more banks aim to maintain those mainframes as a place to store records. They use a second, cloud-based layer to handle customer data and engagement for relatively lower costs.
One reason to implement a two-part solution is that core replacement is so expensive and time consuming. The process costs millions of dollars and can take between 3-5Ys to get everything working right again.
Another reason to consider a two-part computing solution is that technology continues to grow and change. In 5-10Ys, the best way to maintain records may not involve a mainframe, so there's little reason to spend significant time and money on a system that will be outdated even when it's new.
Maintaining an existing mainframe while adding a cloud-based layer to handle current customer service is a much less costly plan than buying a new mainframe, and the time commitment can be measured in months, not years. A cloud layer might reduce mainframe usage by 50%, which also helps cut overall costs.
AI that lets banks manage legacy systems by interrogating code and building digital services can also help rein in expenses. Robotic process automation (RPA) is one possible method for wrapping a cloud-based computing layer around a legacy mainframe core. Here studies find about 16% of banks are using RPA, while another 63% are experimenting with it or plan to use it sometime in the next year.
In the past, bankers have voiced concerns that the cloud isn't a safe place to conduct banking operations. But, we now have abundant evidence that done right the cloud can be really powerful and secure. By 2020, experts predict more computing power will go to work in the cloud than in private data centers.
Maybe this is at least something to discuss as you continue to try and keep ever more fickle and demanding customers happy and engaged in a brutally competitive world.
Subscribe to the BID Daily Newsletter to have it delivered by email daily.

Rolling Forward On Exceptions
For many community banks, the tedious task of managing expectations is still time-consuming and inefficient. But new tools, techniques and technologies are emerging.

Doggedly Engaging With Customers
Mobile and branch channels can work together for bank efficiency and customer engagement. We provide some tips on how to do this.