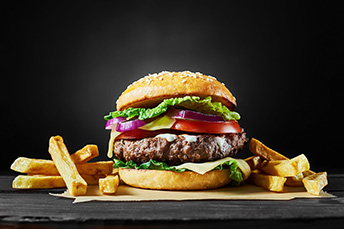 technology
payments
cryptocurrencies
Summary: The tech giants have been expanding into the financial industry in various ways. Previously, Facebook tried its hand at cryptocurrency with Libra, which was shot down by the regulators and dismissed by investors. Now, Facebook returns with USD-backed Diem, which is issued through Silvergate Bank. What does this mean for the payments industry and community financial institutions specifically?
Share this Article:
The largest commercially sold cheeseburger weighed in at 1,794 lbs. and cost almost $8K! It took 4Ys for Mallie’s Sports Grill & Bar in Detroit to figure out the best way to cook and serve this huge burger. While it was on the menu in 2017 when it hit the Guinness Book of World Records, some items are just too big to consume.On the other hand, it is no secret that in the tech world, giants, like Google and Facebook, have been consuming startups left and right to broaden their reach into other industries, including the financial industry. These consumer technology powerhouses have been riding the line between strong potential allies and crushing rivals. One of the largest iterations of the digital payment “frenemy” to the banking industry is arguably Facebook. The social media giant, which currently boasts nearly 3B [2.89] users according to Statista Research, arguably has not only expansive reach, but also the power to influence and market to people all over the world. As such, Facebook has been flexing this power and scope in order to move into other related revenue-producing businesses that it could weave into its existing platform. Online payments is perhaps the most significant of these.In late August 2021, Facebook announced that it would be introducing its proprietary digital payments platform, dubbed Novi, in several US states where it has already passed regulatory muster. Novi operates with a cryptocurrency called Diem. It replaces Libra, the former digital payments platform that Facebook tried (and failed) to launch just a couple of years ago. Libra’s currency faced regulatory shunning after the Bitcoin bust of 2018 and widespread concerns over the stability of digital currencies. Payments industry experts believe that Facebook’s Diem will be more widely accepted by regulators and consumers as the digital currency is backed by US dollars and issued by Silvergate Bank. Underpinning this belief, on Sept 30, Federal Reserve Chair Jerome Powell said that the US central bank “has no plans to ban cryptocurrencies” — such as the Facebook digital payment product. This new development may lead many CFIs to wonder how they will be affected. Here are three considerations as cryptocurrency progress continues for Facebook and other big tech. Don’t underestimate the interest in cryptocurrency. Over its first decade or so, Bitcoin and digital currencies were perceived to have limited use with interest only among the savviest, urban bank customers. But, as the concept of cryptocurrency has become more well-accepted and robust, more average Joe customers of various ages and locales have become interested. Facebook will work hard to leverage this increased acceptance with its 90MM businesses and 3B consumers. It may be worth looking into a partnership with Facebook’s Diem or another potential digital pay-upstart to provide your customers with digital currency. Consider the trust factor. In face of the Cambridge Analytica scandal and other privacy compromises, people want to connect with old high school and college friends and repost memes on Facebook. But it’s not clear how many would trust the omnipresent social media platform with their money, their accounts, their payments. The long-trusted and respected CFI definitely holds the high card here. If customers are asking for a digital currency solution, think about talking with other CFIs to develop a broader digital currency platform. This solution would keep the trust of your customers high and could leverage cost-efficiencies vs. doing it yourself. Keep supporting your base. For many CFI customers, there is a long-ingrained commitment to tried and true local money transfer services, remote deposit capture, and interbank payment. The protection of FDIC-insured accounts is still important and cybersecurity concerns still abound with digital currencies. Keep supporting your customers with payment options that they want, but keep tabs on how that may change in the future.While cryptocurrencies seem to be gaining ground, there are still questions for many regarding soundness and security. Keeping abreast of the developments is important as your customers may start to gravitate towards digital currencies. We will keep you updated on the evolving digital landscape of the financial industry.
Subscribe to the BID Daily Newsletter to have it delivered by email daily.