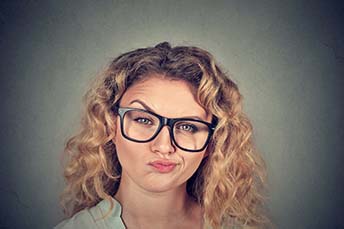 by Steve Brown Topics: capital, strategic planning
Summary: Private equity firms are loaded up with investment capital in search of deals. Could this be an opportunity for your institution?

Business Insider research finds people are "judgy" and will decide things about you in just a few seconds. These can include: judging how much they should trust you after only just meeting you, your socioeconomic status just by looking at you, and how smart they think you are after just meeting you.
We bring this up because many community financial institutions (CFIs) need to periodically judge how much capital is needed to grow. Getting it can be challenging, depending on the market environment and opportunity.
One source with plenty of money to invest is private equity markets, but getting them to look at CFIs can be difficult since most are privately held and more illiquid.
That said, some alternative investment funds are swimming in capital right now. Research firm Preqin estimates that as of 2018, private capital firms around the globe held a record $2T in dry powder--money invested in or committed to funds but not yet deployed. That's a lot of dry powder looking for sound investment opportunities and CFIs are a great option perhaps.
Investors who have placed money with these firms are now beginning to express frustration with how much cash remains on the sidelines rather than being put to work. About 80% of the dry powder sits with private equity (PE) and venture capital firms, and the rest in private debt funds. Most is aimed at North America.
For a CFI, the trick when seeking investment from one of these entities is retaining independence and control. PE firms want maximum control, and the exit strategy is usually sale of the business at a profit in 5Ys or 7Ys maximum.
PE investment is certainly not new for CFIs. After all, PE investment surged after the financial crisis, when commercial banks were starved for capital and regulators opened things up to allow for at least some PE money to flow into CFIs.
With PE firms once again loaded up with investment capital in search of deals, CFIs could be on their radar again. The fact that these PE firms have so much cash looking for deals has created a frothy market.
Before looking too seriously at a PE deal though, it might be useful to consider the long-term goal of your institution. One academic research paper looked at 79 PE deals involving banks, most of them community banks. The target banks tended to be fairly healthy, but their risk profiles got worse after PE became involved. Further, all of the banks were sold or merged into larger bank holding companies in the end. While that isn't necessarily bad, know what you have up front and go in with realistic expectations. The paper noted that the PE firms realized an average 23% gain upon exit.
As with any deal, due diligence is required. So, while PE may be an option, make sure it is the right option for your institution.
Subscribe to the BID Daily Newsletter to have it delivered by email daily.

In a good news story of normalization, Sweden said it no longer wants to have negative interest rates given increasing risks to its financial system, so it is moving to get them positive. The Swedish central bank said it will continue to add stimulus through quantitative easing, but will unwind its negative rates policies, as it seeks to boost its currency.

A report by the American Farm Bureau Federation finds there were 580 Chapter 12 filings for the 12-month period ending Sept 2019, which was an increase of 24% vs. last year. The report showed bankruptcy filings at their peak in WI with 48, followed by GA, NE and KS with 37 filings. Nine other states experienced Chapter 12 bankruptcy filings at or above 10Y highs. Much of this is the result of the trade war with China and unfavorable weather conditions.

In a move to capture more deposits and funding, Citibank announced a new digital high yield checking account it will call Citi Elevate Checking. The account will pay higher interest rates and reimburse for out of network ATM fees.

CECL is one of the biggest challenges these days. CECL FITTM gives you options to fit your portfolio with a web-based intuitive solution, including as little or as much expert assistance needed. Learn more about our CECL solution.
Copyright 2018 PCBB. Information contained herein is based on sources we believe to be reliable, but its accuracy is not guaranteed. Customers should rely on their own outside counsel or accounting firm to address specific circumstances. This document cannot be reproduced or redistributed outside of your institution without the written consent of PCBB.