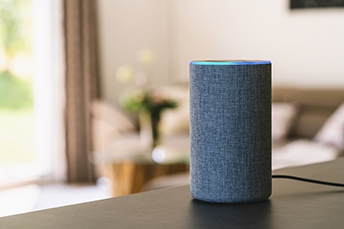 The world keeps moving along and technology advances are moving right along with it. Only a few years ago, digital assistants like Alexa, Echo, Dot, Siri, Cortana, Home and others surfaced and now people are using their voice to do a whole bunch of new things, including banking services. In fact, JD Power reports almost 30% of bank customers are now digital only and at large banks, like Bank of America, that percentage is as high as 55%. It is something to think about.
Another thing to think about in banking revolves around community bank efforts related to community involvement - whether digital or otherwise.
One community bank in MA pushed customers to get on the bus. That was in short the message "on wheels" of their new education program. This bank wanted to get closer to its customers by supporting an essential concern of the community: the need for solid school funding. So 3Ys ago, the bank bought a bus and refreshed its design: bright graphics were painted on the vehicle's body, iPads, a TV and coaches were added to the interior of the bus, and off it went on the road to local events.
The idea: tell voters to support their schools. While practicing, volunteers from the bank added a few tricks to their presentation. They collected video stories from students and the best stories became TV spots. A woman recalled how she came from Mexico as an 11Y old girl. She studied hard and became the dean of a local community college.
The bank also funded trips to local colleges, so that students could better imagine how to pursue their aspirations. Then the bank engaged in financial literacy programs to teach about spending, savings and credit.
This kind of marketing campaign doesn't bring new customers immediately, but it builds good will. Before long, when parents think about sending their children to college and paying tuition, they will remember the colorful bus that was on their side.
Education is a good starting point for socially committed bankers, but it is not the only one. In TX and NJ, a few community banks became interested in protecting elder customers. They partnered with law enforcement, organized local presentations about the detection of financial abuse, the choice of caregivers, the best way to avoid scams, and so forth. People who listened to these presentations felt that they could trust their local bank.
Meanwhile, in MD, another institution was making financial literacy for youth more fun by organizing a tour of the bank. In between short lessons about the importance of savings, children were given a sneak peek at the vault, where the bank had a backpack full of goodies for each child along with a $5 voucher to open their own account.
For older students, a CA bank simulated the real stock market. Students were given mock currency to buy stocks and then managed their portfolios. It is likely these students will remember the bank that introduced them to the fun of investing, as they become active customers, once they are a bit older.
All of these stories show creative ways to engage with the community and add customers along the journey. We know there are lots more, but we wanted to share a few here today.
Subscribe to the BID Daily Newsletter to have it delivered by email daily.

FinCEN reported that wires totaling around $301mm/month are lost to business email compromise (BEC) thieves. The number of BEC-related SARs more than doubled from 500/month in 2016 to 1,100/month in 2018.

Online bank N26 from Germany has just launched in the US, so community banks should be aware of it. N26 has raised significant capital as it ramps up hiring, expands globally and further develops its banking platform. This 6Y old fintech bank is now worth $3.5B, has 3.5mm customers and offers an app based bank account with a debit card.