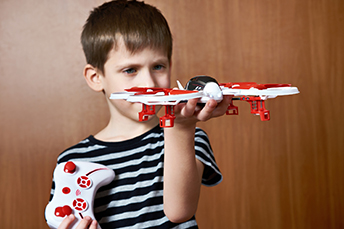 technology
risk management
digital banking
Summary: Remote deposit capture has revolutionized check deposit. But, banks need to be aware of the risk.
Share this Article:
The word remote can be used in many different ways. For example: you can work remote, you can use a remote to change television channels, when you were a kid you probably at one time or another drove a remote control car, and perhaps more recently you may have used a remote to control a drone.
In the banking world, almost everyone has also played with remote deposit capture (RDC) too. This ability to scan checks on mobile devices or PCs and deposit them into the bank has revolutionized check deposit. Along with that though, it has also created new potential risks that banks seek to minimize.
To better manage the risk of bad or fake remote deposits, banks often apply limits by month or per-item. This can help, but it is inconvenient for some legitimate customers and of course, the risk still exists for illegitimate customers.
According to RemoteDepositCapture.com, in March 2019 just over 50% of banks that offer RDC were applying per-item limits. Those limits were typically somewhere between $2,001 and $5,000. That's compared to 48% of banks 1Y ago and 46% 2Ys ago. In addition, 75% of all banks offering RDC services now cap their per-item limits at $5,000 or less, and only 19% has limits above $5,000.
The primary risk in RDC comes when banks have fallen prey to "double-dipping." This happens when a customer deposits a check remotely by phone or PC, and then then deposits it again through another channel, like a branch or at an ATM. The problem is that after depositing a check by RDC, the customer still retains possession of the original document. Because of that, there is a brief window in which someone can attempt to deposit it again or exchange it for cash.
Part of the issue is that the RDC has been embraced so quickly and used so heavily. According to a Guardian Analytics report of all fraud cases involving mobile banking apps, 72% included RDC and the use of fraudulent checks.
Despite RDC's popularity via smartphone or PC scanner, it is still dwarfed by the use of an ATM or branch for check deposits. According to Mitek Systems, a mere 16% of checks were deposited via RDC in Q4 of 2018.
That said, the limits that banks place on size of consumer checks eligible for remote deposit are rising steadily. In the past year, the number of banks with standard per-item deposit limits above $5,000 for consumer mobile deposit customers has grown by nearly 50%, according to the latest Poll Central tally by RemoteDepositCapture.com.
That makes sense when you consider the steadily rising popularity of virtually all mobile and online services. That is also why most analysts predict the use of RDC will continue to tick upward and become embraced by more retail and business banking customers alike - well at least those still writing or accepting checks.
So, keep a vigilant eye out for RDC-related fraud as you continue to offer it to customers. This is a good way to help keep your bank safe through the continuing rise of this service and ongoing customer adoption.
Subscribe to the BID Daily Newsletter to have it delivered by email daily.