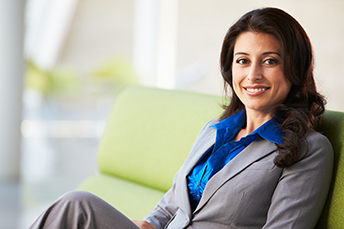 What Matters Most In Open Banking

by Steve Brown Topics: digital banking, risk management, technology
Summary: Open Banking is seen as both a threat and an opportunity for banks. We lay out them both.

We were intrigued by a Hill Holiday study that looked at what matters most to single women, ages 30 to 45. It found the biggest life milestones they wanted were: living on their own (44%), establishing a career (34%) and financial security (27%). We will let you think about and discuss this data, to draw your own conclusions. But, it is interesting.
Speaking of interesting things to customers and banks, today we tackle the topic of Open Banking. This concept revolves around the idea of "opening up" access to banks using software programs called application programming interfaces (APIs).
The basic idea is that by creating and allowing banks and nonbanks alike to make use of APIs, the process of spending, saving, depositing, lending and investing money is broadened and made more easily accessible.
To that extent, Open Banking is seen as both a threat and an opportunity for banks in ways such as the following:
Competition - Mega-banks BBVA and Bank of America have announced their own Open Banking efforts. But, big banks aren't the only ones thinking of this, as 53% of North American banks agree that such initiatives are vital to their digital transformation, according to an Accenture Research report. Further, 63% think that Open Banking is an important part of competing with fintechs and technology companies. Bank competition overall may be heating up as well, as the same study finds 50% of North American bank executives believe that Open Banking creates more competition within the traditional bank landscape.
Revenue - Open Banking technology is expected to have faster release and update cycles, and will therefore be more affordable and modular for community banks. This could allow community banks to partake in additional revenue opportunities, according to Accenture's survey. Here, some 66% of global bank executives expect it to provide additional revenue streams, while 90% say it will provide incremental revenue growth of up to 10%.
Fraud - As transaction volume rises, it typically comes with more potential for fraud. According to RSA risk intelligence, giving banks and nonbanks alike the broader capacity to "open up in new ways, new channels and... allow their customers to connect" will likely create more convenience and choice for customers, and potentially increase efficiency. However, it could also drive more fraud in two key ways: greater authentication needed for these emerging digital financial players and mechanisms; and an increased number of fraud cases, with higher transaction volume.
Evolving - High regulatory and risk standards mean banks usually have slower innovation. However, Open Banking concepts and technologies may help pave the way to update services and operations more quickly. For community banks especially, this could help expand the customer base, and offer products and services more efficiently.
According to the Accenture study, 60% of North American banks feel that Open Banking is more an opportunity than a threat. As such, we will continue to keep you posted on what matters most with this technology, as it appears we are already going down the path.
Subscribe to the BID Daily Newsletter to have it delivered by email daily.

PwC's survey of bank and capital markets CEOs finds that 57% think economic development will advance in the next 12 months while only 30% said so last year. They have also come to view fintechs more as partners than competitors.

CNBC reports over 800 cryptocurrencies are now dead and worth less than 1 penny. Meanwhile, bitcoin is down 70% from its record high last year. Despite this downdraft, initial coin offerings have surged from $3.8B in 2017 to a whopping $11.9B this year.

An Economist survey of 452 large organization board members finds organizations spend on average about 1.7% of revenue on cyber resilience--and 96% said that isn't enough.

CoreLogic reports home prices shot up 7.1% annually in May, the biggest increase in 4Ys.

The Bank of International Settlements (BIS), which regulates banks globally, is advising central banks around the world to lower fiscal deficits and shift towards normalizing monetary policy. The BIS said central banks should "build room for an emergency response" in case of the event of a global economic downturn.