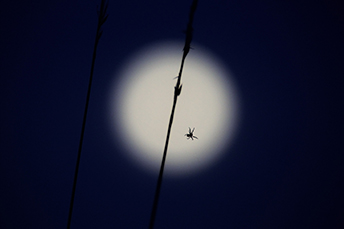 by Steve Brown
technology
digital banking
mobile banking
Summary: Eighty-four percent of customers agreed to take part in a video banking session when they were invited. What more should community bankers know about video banking?
Share this Article:
After pondering how spiders can fly without wings, biologists did some testing by creating an electric field at strengths found in the atmosphere. They found spiders responded by spraying out silk in a fan-like shape and then got airborne. It is believed riding atmospheric currents is how spiders travel worldwide when there is no wind.
Electrically charged flying spiders is truly amazing, but to bankers, it may pale in comparison to video banking. Over the past few years, banks have slowly been warming up to the idea of adding video banking to their array of services. The data shows there may be a compelling business case, especially in rural areas, where staff may be thinner and branches are fewer and farther in between.
Banks that are still mulling over this concept may be interested in recent research that indicates many consumers are amenable to interacting with their financial institution in this manner.
Consider that 54% of polled US consumers who have never had a chance to use video banking are open to using it, either online or in-branch, according to research from Vidyo. What's more, the majority of those who have tried video banking say they would use it again.
This survey and others are encouraging news for community banks that may be toying with the idea of video banking. Among financial services professionals polled, 82% said they already offer or plan to offer video banking, while 35% say they have fully deployed or are piloting a video banking service, and 20% have a fully operational service.
If you are still thinking that offering video banking may take away from the human touch and that customers may be opposed to the idea, consider still further research from this study. It found that in the US, 84% of customers agreed to take part in a video banking session, when they were invited, while 82% agreed to take part in an in-branch video banking session when asked.
These are really high acceptance rates and suggest that only a handful of customers may be truly adverse to the idea of using and engaging with your staff, using video banking.
Interestingly, the main reasons people gave for not joining a video banking session were unrelated to the technology itself. Some thought it would not have helped with their specific transaction, while others did not want to spend time trying something new. Clearly, providing customer education around video banking services would help.
Yet another interesting thing has to do with the age of these customers. It surfaced that acceptance rates among people ages 16 to 44 were very similar to those of customers ages 45 to 64. People seem to be ok with it.
Certainly, the video banking movement is still in its infancy, and many customers haven't yet had the chance to try it out. That said, while there are technical and training issues to consider, early adopter financial institutions already using video banking say it provides a positive impact to ROI. Maybe it is time for your bank to take a flyer and give this a deeper look, as you seek to capture and retain customers well into the future.
Subscribe to the BID Daily Newsletter to have it delivered by email daily.

Assessing The Pool Of Creditworthy Millennials
As community banks look to millennials as future loan customers, they may need to rethink how they assess creditworthiness. We provide you with some thoughts here.