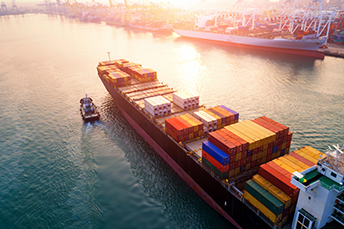 by Steve Brown
risk management
human resources
Summary: More customers are using their cell phones to videotape business interactions these days, which increases risks for banks. Are you mitigating these risks?
Share this Article:
To give you something to talk about at lunch today, consider the Census Bureau reports the top countries that import the most into the US are: China (21%), Mexico (14%), Canada (13%), Japan (6%) and Germany (5%). Meanwhile, the primary countries we export to are: Canada (18%), Mexico (16%), China (8%), Japan (4%) and the UK (4%).
No matter what your customers import into the branch when they visit, taking video on their phone is a definite no-no. Sadly, more and more customers are using their cell phones to videotape even routine commercial interactions. That increases risks for banks.
Look no further than videos posted of employee-customer interactions gone awry on social media. These depict everything from passengers being dragged off airplanes to shouting matches and even fist fights. So far, banks as a group haven't seen too much, but that's not a reason to assume it won't happen. Instead, it's a reason to get ahead of the trend by training staff members and setting up guidelines.
Your overall goal should be to prevent people from videotaping bank activities. This is for everyone's security, so it makes sense well beyond just the issue of potential embarrassment.
Some key ways to protect your bank include:
Post Signs: Post clear signs stating that no unauthorized photography or filming is permitted on bank property.
Have Procedures: Tighten up procedures and train staff to be alert. Have scripts that employees can use when a customer starts taking unwanted photos or video. Make sure that procedures have been practiced by frontline employees, so it is second nature, if and when needed.
Be Polite: Staff should smile and be polite to any customer, even an irate one that begins photographing or filming an interaction. If you are handling a transaction, put that work on hold until the customer has stopped filming. Explain that, because of concerns around security and confidentiality, no unauthorized photography or filming is allowed on the premises.
Reiterate: If the customer refuses to stop filming, point out the posted signs forbidding it. Tell the client that the bank is not public property, and it has the right to prohibit customers from filming interactions because of the sensitive nature of those transactions.
Train Everyone: These days, even some employees might feel tempted to record a rude bank customer or a heated conversation. They might even use a cell phone to videotape a customer who has begun filming. It is critical to train everyone to resist this temptation and to lead by example no matter what. Recording a customer -- even if the customer is rude, wrong, or began filming first -- is a sure way to escalate things.
Besides taking the above measures, banks can avoid viral videos by reminding employees that you expect professional, cordial, respectful behavior at all times. Doing so will remind everyone to keep calm even when a customer is using their phone to record things.
Good luck out there as you import these thoughts to your team so they can hopefully export a cohesive and properly trained response no matter the actions of the camera-active customer.
Subscribe to the BID Daily Newsletter to have it delivered by email daily.