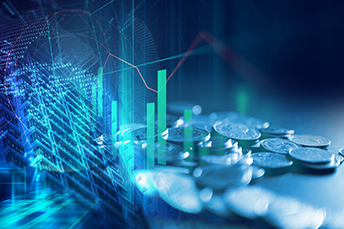 by Steve Brown
digital banking
cryptocurrencies
mobile wallet
Summary: Tokenization is a fairly new word for bankers. But, with the velocity of digital commerce and real-time payments, it is important to understand.
Share this Article:
Community bankers know some people don't have a deep understanding of the financial world. Certainly, it can seem complex. On that note, we thought it interesting that Knowledge Academy found the financial terms people are the least sure about are: bitcoin (52%), index fund (49%), asset allocation (44%), endowment (42%) and stock options (42%). It just goes to show you that some unfamiliar terms can be confusing until you learn exactly what they mean and commit that to memory.
Bankers have to absorb new words and phrases all the time and one of those is known as tokenization. In the security world, the term refers to the process of substituting a sensitive data element with a non-sensitive equivalent known as a token (that has no exploitable meaning or value). For example, tokens are created from random number generators that map back to sensitive original data using complex algorithms, but are very difficult to reverse engineer.
Given the massive changes in digital commerce, including real-time payments, bankers should become more familiar with this term and seek to understand it further. Down the road, your customers may see a huge influx of tokens, aimed at making digital payments more secure. For this reason, we wanted to give you an update on this front.
First of all, let's separate tokens and tokenization from encryption, because they are different animals. Encryption still sends sensitive information, but hides it by making it unreadable to anyone without the decryption key. The security of encryption depends on the strength of the algorithm that is encrypting the sensitive information. When encryption is breached, the sensitive information is available for the taking.
On the token front, there are many different ones out there and they can be either single or multi use. There are also reversible tokens and irreversible ones. The overarching theme is one of protecting primary account numbers from being compromised.
Tokens are often used in credit card processing for reinforced security, but can also be used with ACH transfers, Apple Pay and even gift cards. This makes the transaction more secure even with speedier payments. It also provides a richer consumer experience along the way.
Since mobile payments are expected to grow to $4.5B in market value by 2023, tokenization is expected to expand too. In fact, the tokenization market is projected to grow from $698mm in 2016 to $2.5B in 2023.
As with everything in life, there are pros and cons to tokenization. The technology can be complex to understand, which makes it difficult to properly vet and control. Tokens must also be kept somewhere secure, be rotated regularly and require secondary confirmation. Tokens also don't last forever and can expire, so tracking everything is a must.
As with any technological advancement, bankers should be informed before plunging into anything. Tokenization is not a solution that will necessarily replace others, but is yet another way to safeguard information in this increasingly rapid payment world.
Understanding the terminology and what it represents is the first step down this educational path.
Subscribe to the BID Daily Newsletter to have it delivered by email daily.

Today’s Unpredictable Economy Creates a Teachable Moment
With inflation high and credit use rising, your customers may be more open to learning about sound financial practices. Community financial institutions can capitalize on these teachable moments by offering financial wellness education through an app, in a virtual classroom, or in-person.

Keep Your Eye on AI in Your Hiring Process
AI can help you handle your CFI’s hiring process by efficiently finding qualified job candidates. Keep in mind, though, that it learns what you teach it. Plan to check AI’s results regularly, respond personally to the candidates you interview, and keep the data AI gathers secure.