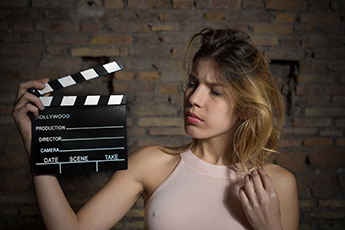 human resources
employees
management
Summary: With more than 50% of employees working remotely these days, a lack of regular face-to-face interaction between workers has led to an increase in what is known as “imposter syndrome,” where people begin questioning whether they are right for their jobs. By stepping up intentional communications with employees, managers can reduce the likelihood of losing good workers to such doubts.
Share this Article:
Despite being an Oscar-winning actress, Jodie Foster has often felt like she didn’t deserve the accolades she’s been given for her acting. She believed the academy would figure her out and come to reclaim the award, telling her, “Excuse me, we meant to give that to someone else. That was going to Meryl Streep.” Even more ironic, Meryl Streep herself, who holds the record for most Academy Award nominations and Golden Globe nominations, has also expressed feeling like a fraud. She once told reporters that when she begins a new role, she thinks, “Why would anyone want to see me again in a movie? And I don’t know how to act anyway, so why am I doing this?”What may come as a surprise to many executives is that most people have, at some point in their career, felt like imposters who aren’t qualified for the jobs they hold and have somehow pulled the wool over their employer’s eyes — a sentiment that has been on the rise since the pandemic made remote and hybrid work arrangements commonplace.New Life for an Old IdeaImpostor syndrome was first identified by psychologists in the 1970s after the discovery that most people, at one point or another, have the false feeling that they are underqualified for their job and fear that they will be discovered by colleagues or a boss. Though the idea of impostor syndrome is not new, its prevalence has increased with more hybrid and remote work arrangements, particularly since the isolation of working alone and the absence of regular feedback from colleagues and superiors can lead to confirmation bias, where people may begin to look for signs that support their doubts, and ignore evidence otherwise.A 2020 study titled “Prevalence, Predictors, and Treatment of Impostor Syndrome: a Systematic Review” found that roughly 82% of people have suffered from impostor syndrome at some point in their career. Another recent survey from HubSpot found that, of people with a minimum of three years of experience in the field they work in, 88% of employees have experienced impostor syndrome. With a recent McKinsey & Co. study finding that more than 50% of the working population now works remotely, it is important for managers to be aware of this problem and look for signs that employees may be experiencing impostor syndrome. Failing to do so can increase the likelihood that employees may leave.Spotting the SignsIdentifying employees experiencing impostor syndrome can be difficult, as most people suffering from it tend to hide the fact that anything is wrong. Fortunately, there are still steps managers can take to prevent losing employees to impostor syndrome, even when it may not be obvious which people are experiencing it.
Making it clear to employees that they are not alone in their feelings is important, particularly if managers have had the same feelings and are able to share their own experiences, along with how they overcame those feelings of doubt. Given the prevalence of impostor syndrome, taking some of the above steps is the best way for managers to reduce the likelihood of unnecessarily losing good employees, particularly as more and more employees work remotely.
Subscribe to the BID Daily Newsletter to have it delivered by email daily.

Is Burnout Causing Turnover in Your Audit Team?
How can a CFI make sure their audits are accurate, but also that they aren’t overburdening their audit team to the point of chasing them out the door? Here are some best practices you may want to consider implementing.

PCBB Voted into “Best Banks to Work For”

PCBB is honored to be among American Banker’s 2022 “Best Banks to Work For." The award program identified banks that excel at creating positive and supportive workplaces for employees. Learn why PCBB made the list.