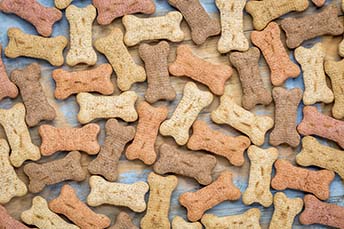 human resources
employees
Summary: Employee benefits are constantly changing as the things that people want from their employers change. Bolstering traditional benefit offerings with some of the newer trending benefits can help CFIs and other organizations attract and hold on to key employees in a difficult hiring environment.
Share this Article:
Commercial dog food was introduced in 1860 after James Spratt, an electrician from Ohio, traveled to London and noticed dogs along the riverbank eating leftover hardtack — long-lasting dried biscuits that were a staple of sailors for lengthy trips — and realized there could be a market for pet food with a similarly long shelf life. After success in London, Spratt’s Meat Fibrine Dog Cakes were brought to the US in the 1870s and helped spawn America’s burgeoning pet food industry. In 2022 alone, American pet owners are expected to spend $54B on pet food.Today, the pet care industry is also at the heart of changing employee benefits, with Mars Petcare — the producer of popular pet food brands Pedigree and Whiskas — having introduced pawternity leave. Employees of Mars Petcare who welcome new pets are eligible for 10 hours of paid leave, among other pet-friendly benefits. The adoption of these perks is just further evidence the way people work has changed over the past few years, and so have workers’ values. There are a handful of popular new benefits that community financial institutions (CFI) should consider adding to their offerings to help attract and retain qualified employees and differentiate their organization from competitors’ in the current tight labor market.Pet Parent Benefits

According to the American Pet Products Association’s most recent National Pet Owners Survey, 70% of Americans own pets. Since the average emergency vet visit runs between $800 and $1.5K, pet insurance has become increasingly popular among pet owners. Along with pawternity leave, the boom in pet ownership and spending has spurred some employers to start offering pet insurance, pet daycare, pet wellness programs, and other pet-related perks to their benefits packages to attract pet owners to their companies.Flexible Work Arrangements

Unsurprisingly, as many workers discovered a new work-life balance due to Covid-19 remote work mandates, a lot of workers want to maintain this type of balance on some level. According to research from recruitment website Lensa, hybrid work arrangements remain one of the most popular benefits people desire, with the number of searches for it having risen 820% YoY since 2018. Hybrid working is here to stay, according to a WV-based CFI, whose workforce now includes over 1K non-branch personnel who are hybrid or remote. Finding a way for employees to work from outside the office even just one or two days per week — in roles where that is possible — will be a key differentiator for organizations moving forward.The International Menopause Leave Trend

One new benefit, menopause leave, has spurred the greatest interest, with searches for menopause leave increasing 1.3K% YoY since 2018. Though menopause leave has yet to make its way to the US, the relatively new benefit has been embraced by many organizations in countries such as the UK, New Zealand, and even Japan as a way of retaining the most experienced women in the workforce. In fact, 17% of menopausal women have left or considered leaving their jobs due to menopause symptoms, despite that time coinciding with the height of their careers. Productivity losses related to menopause total more than $150B per year, according to data from consulting firm Frost & Sullivan. Meanwhile, 60% of menopausal women are negatively impacted at work, according to the Chartered Institute of Personnel and Development. With roughly 1.2B women in the world in menopause by 2030, that number is expected to continue rising.In hopes of preventing further loss of experienced women within the menopausal age range, a growing number of organizations have begun offering menopause leave and benefits. In England, Citigroup is among several employers who have added menopause leave to its benefits package, which provides flexible work hours and offers paid leave or a sabbatical to women suffering from menopausal symptoms. In fact, more than 600 UK employers have pledged to make their workplaces more friendly for menopausal women, including executives at investment behemoth BlackRock, who have signed a petition for the UK government to make menopause policies and benefits mandatory for organizations that employ more than 250 people. More than likely, menopause leave will make its way to the US in the coming years.As the things employees value most have shifted in recent years, employers need to alter the benefits they offer to be more attractive, if they want to win top talent. A well-balanced benefit package that includes newer and less traditional workplace perks people are looking for can be the difference between someone accepting a job with your organization versus a competitor. Or it can be enough to keep longtime employees from jumping ship to get the perks they want elsewhere.
Subscribe to the BID Daily Newsletter to have it delivered by email daily.

Partnerships May Be Key to Affordable 401(k) Offerings for SMEs
As SMEs seek to attract and retain employees by offering enhanced benefits such as 401(k) plans, financial institutions predict major growth in this business line. Some CFIs have already begun partnering with retirement service providers to put together affordable and streamlined offerings.

PCBB Voted One of the “Best Banks to Work For”

PCBB is honored to be among American Banker’s 2022 “Best Banks to Work For." The award program identified banks that excel at creating positive and supportive workplaces for employees. Learn why PCBB made the list.