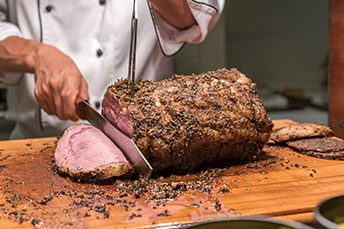 by Steve Brown
human resources
employees
DEI
Summary: When employers have four-year college degree requirements for open positions, they exclude more than 60% of the working population. By focusing on the skills required to perform a job rather than on applicants’ education and credentials, employers may be able to improve diversity and performance while filling open positions.
Share this Article:
You may be familiar with the story about the man who cut the ends off a roast before putting it in the oven. When his daughter asked why he cut the ends off the roast, he shrugged and said that was the way his mom had always done it. He suggested the daughter ask her grandmother. After thinking it over, the grandmother said, “I think I did that because my pan was too small for most roasts.” It’s a reminder not to do things a certain way just because that’s the way they’ve always been done. When we do, we may waste resources.A similar phenomenon happens in business when it comes to hiring. Instead of focusing on the skills required to perform a job successfully, many employers require applicants to have four-year college degrees. It’s a decision that greatly limits the pool of talent available, because most Americans don’t have bachelor’s degrees.Education Versus ExperienceIn 2021, almost four out of 10 Americans, age 25 or older, had bachelor's degrees. Consequently, when employers have a four-year degree requirement, they are excluding more than 60% of the working population. That may be a viable approach when talent is abundant, but not when qualified candidates are scarce. A 2022 report from a data-driven research company noted that there is an “undeniable reality of talent shortage.” This lack of job candidates was attributed to the fast pace of technological innovations in the workplace, alongside a drop in available candidates who have technical and digital skills. Such trends have even prompted IBM to remove their degree requirements for over half of their US job postings, according to the Burning Glass Institute.Research found that the degree-requirement mentality for so-called “middle-skill” roles (e.g., IT, managerial, etc.) mainly served as a hiring simplifier. In fact, a skill requirement comparison of openings by Burning Glass Institute found that there wasn’t much difference between some degree-required and no-degree-required roles. Skills-based hiring practices have prompted employers to be more specific about what hard and soft skills they’re looking for in a candidate, resulting in expanded talent pools. Skills-based hiring will go a long way in reducing inequity in the workforce by recognizing that some of those coveted skills can be acquired and taught outside of an educational setting.Improving Workplace DiversityOne of the major drawbacks of degree requirements is that they limit workplace diversity and widens that inequity gap. While the share of Americans with bachelor’s degrees has increased across all races and ethnicities, the percentage varies significantly by group. In 2021, the percentage of Americans who held a bachelor’s degree, broken down by racial identity was:
As a result, filtering candidates by education level may produce a more homogenous workforce, and that could inhibit growth and innovation. Organizations with diverse workforces have the potential to perform their core work better and attract new customers by incorporating the experiences and perspectives of people from different racial and ethnic groups.Organizations with diverse leadership and more diverse hiring methods also improve organizational performance by building trust and producing positive team satisfaction. They create safe workplaces where employees are comfortable expressing opinions, sharing ideas, and discussing how various cultural experiences and differences can enhance work and culture. Research shows that organizations with above-average diversity on management teams have higher revenue from new or improved products (45%) than those with below-average diversity (26%).Many people develop skills outside of college through on-the-job training, military experience, internships, or by attending community college. By focusing on skills-based hiring, community financial institutions may be able to attract diverse talent — and in the long run, that could benefit your organization and bottom line.
Subscribe to the BID Daily Newsletter to have it delivered by email daily.