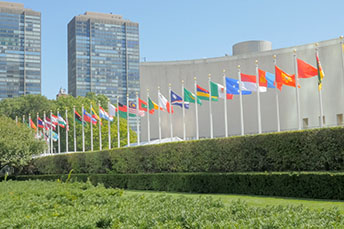 State of the European Payment Initiative

by Steve Brown
industry update
payments
international
Summary: The European Payments Initiative is moving forward and is poised to change the global banking landscape if it is successful. We discuss what those changes look like and how they could affect US financial institutions.
Share this Article:
The establishment of the United Nations that we know today didn’t come about overnight: it took multiple efforts to achieve. In 1920, the Allies of World War I created the League of Nations, an organization designed to foster world peace between countries, but it shuttered with the start of World War II. It wasn’t until 1945 that the Declaration by United Nations finally came to fruition and served as the cornerstone for today’s UN.Since its creation, the UN has grown to include 193 countries, along with two observer states, and has overseen countless efforts to maintain world peace and to address broader issues, such as the global climate crisis. While there are notable limitations to the UN’s power and influence, the organization has demonstrated the collective power of multiple countries working together.Now, a group of countries are hoping to enact similar change in the world of payments by joining forces through the European Payments Initiative (EPI). The EPI is designed to create a unified payment solution for consumers and merchants in Europe that can end the dominance of major US payment platforms like PayPal, Apple Pay, Visa, and Mastercard, which could impact the way international payments are sent from the US as well.The Basics

The EPI is an effort backed by the European Central Bank, the European Commission, and financial regulators to create a unified pan-European payment solution for both consumers and merchants across all retail transactions, both in-person and virtual. This effort is meant to end US dominance of the European payment market. Nilsen Report indicated that in 2021, Visa and Mastercard handled 99% of card transactions processed in Europe — not dissimilar to the card issuers’ dominance of US payments. In 2020, Visa and Mastercard handled 74% of all US credit card payments, and their share has only continued to rise. Given this similarity, financial institutions should keep a close watch on how things play out in Europe, as it wouldn’t be surprising to eventually see a similar initiative emerge within the US.Originally supported by 31 major Eurozone banks, the EPI payment system initially set out to create a system that would use utilize SEPA Instant Credit Transfer (SCT Inst) for instant payments, establish a European card scheme and a European card, and create digital wallets. But banks in Finland, Germany, Poland, and Spain have pulled out of the project. Today, 13 supporters remain dedicated to the EPI payment system, a group that includes Europe’s biggest banks and two major European acquirers, providing access to roughly 45% of Europe’s retail transactions.A New Solution

The EPI group is moving forward to create an instant payment solution through a digital wallet that will enable account-to-account payments. Based on feedback from consumers and businesses, the immediate focus is a digital wallet, instant payments, and the ability to provide value-added services. Though the goal is to become a comprehensive solution that eliminates fragmentation, the plan is to use host card emulation (HCE) to enable consumers to use their existing cards, whether European or international.Looking further out, EPI plans for consumers to be able to access digital currencies and execute more complicated types of transactions. The wallet will also have the ability to manage subscriptions, so that things such as updating expired card information can be automated and simplified. To make the EPI initiative as attractive as possible for the broadest number of customers, attractive pricing is being discussed to undercut the cost of existing cards.How the EPI Could Affect US Financial Institutions

Though the EPI is a European initiative aimed at ending US dominance of international payments, the same factors that have driven countries to band together currently plague individuals and small businesses within the US who need to send payments abroad. In fact, the Federal Reserve’s recent report, “Money and Payments: The US Dollar in the Age of Digital Transformation,” noted that the average cost to send funds from the US to an international destination was 5.41% of the transaction’s value as of last year. It goes on to report that “high costs for cross-border payments also affect smaller businesses that make infrequent global payments to suppliers. Reducing these costs could benefit economic growth, enhance global commerce, improve international remittances, and reduce inequality.”Given increasing globalization, particularly for small businesses, the challenges of international payments are something that US regulators and financial institutions cannot afford to ignore. Though the EPI is still in development, implementation of the project has begun. P2P and P2Pro are expected to be functional by the third quarter of 2023, with e-commerce and functions such as in-shop payments expected to follow in the fourth quarter of 2023. As things move forward on this front we will keep you updated. The way US-based financial institutions send and receive payments between the US and the EU could change dramatically over the next several years as US-based institutions find ways to adapt to international real time, 24/7 payments.
Subscribe to the BID Daily Newsletter to have it delivered by email daily.