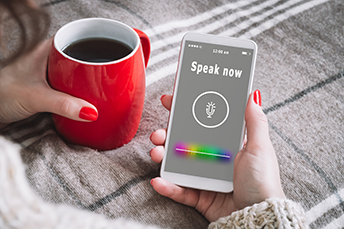 Is Voice Banking the Next Must-Have for CFIs?

by Steve Brown
technology
customer service
Summary: With voice technology gaining in popularity, there are signs that voice banking may be catching on. Many financial institutions are investing in this area, providing further choice for consumers to access banking services. We give you an overview of the voice banking space and three considerations on how CFIs could approach this emerging channel.
Share this Article:
The first device able to recognize human speech was developed by a team of engineers at Bell Laboratories in 1952. The Audrey, as it was known, could distinguish the sound of the digits one through nine with over 90% accuracy. Ten years later, IBM’s Shoebox could understand and respond to 16 words. By the mid-1980s, Pamela the Living Doll and Talking Micky Mouse had brought speech recognition into American homes.Voice technology has rapidly gained popularity in recent years. Devices such as smart speakers, in-car systems, and TVs are fueling adoption of voice assistants, such as Amazon’s Alexa, Google Home, and Apple HomePod. A report by Edison Research and NPR found that in 2022 just under two-thirds of American adults use a voice assistant and more than half of those are daily users of voice commands. Moreover, the average weekly number of tasks requested on smart speakers has increased from roughly 8 in 2017 to more than 12 in 2022.Still in its infancy, voice banking could be the next evolution in customer service, possibly providing community financial institutions (CFIs) with another opportunity to further deepen customer engagement and loyalty. Benefits to customers range from saving time on basic banking tasks, such as everyday inquiries and simple transactions, to getting insights on their financial health and notifications on unusual activity. What’s more, voice technology could help customers with disabilities that affect their dexterity or sight to access the same financial services as the wider public.Current state of voice-assisted banking

While many consumers are happy to use voice technology to play music, search the internet, and check the weather, they have been slower to adopt voice-assisted banking. However, as more financial institutions offer this service, there are signs that consumers are becoming more responsive. According to Forrester, in 2021, just under a third of adults with a bank account checked their balances with a smart speaker. “As more banks incorporate voice into their digital experiences and experiment with voice assistants, customers are starting to use them more for routine banking tasks,” notes the report.Many large banks have successfully launched their own voice assistants. Bank of America’s Erica, for example, launched in 2018 and is available in the company’s mobile banking app. Since then, over 28MM users have interacted with Erica over 905MM times for tasks such as checking balances, making payments, monitoring charges, and many more. Ally Assist (Ally Bank), and Smart Assistant (U.S. Bank) also allow customers to perform a variety of voice-directed tasks though their respective banks’ mobile apps.Some CFIs have also entered the fray. For example, a $2B-asset MO-based CFI allows its customers to check balances, monitor transactions, and transfer money between connected accounts with Amazon’s Alexa. “We are investing heavily in new and emerging technologies that make banking easier, more affordable, and meets customers where they want to be, not just where we want to serve them,” says the CFI’s CEO.A MI-based CFI with $650MM in assets went one step further, by integrating voice bill paying with Alexa smart speakers. As for why they wanted to add voice banking, an executive says that despite their other online and mobile solutions, “a lot of our commercial lenders will drive to the apple orchard and get the farmer off his tractor to sign loan documents. Alexa is just one of those other places or channels that our customers are already at.”Three key considerations for CFIs
Voice banking has been slow to gain traction, but as the technology improves and consumers venture further into this space, it is likely to take off. CFIs may wish to consider this new channel as it provides an opportunity to build deeper connections with their customers and to differentiate from the competition.
Subscribe to the BID Daily Newsletter to have it delivered by email daily.

PCBB not only has the expertise and services to successfully help launch new banks, but also the solutions to help them grow and succeed. Know someone interested in starting a bank? Refer them to us so they can get started right away.