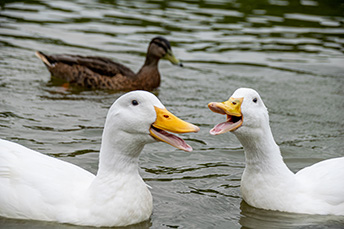 The Tech Giant That Wants to Launch a Bank

by Steve Brown
digital banking
Summary: Apple is launching even more financial services features within its Apple Wallet. The tech giant is on its way to becoming a fintech, or possibly one day an actual bank. Industry insiders have varying opinions on why that is, along with what it could mean for the banking industry.
Share this Article:
“If it looks like a duck, swims like a duck, and quacks like a duck, then it’s probably a duck.”Do you know the origin of that saying? It actually comes from French inventor Jacques de Vaucanson, when he created a mechanical duck in 1738. The contraption not only quacked like a duck and moved its head to eat like a duck, but it would also excrete something that looked and smelled like duck droppings. It didn’t live and breathe like a real duck, but the resemblance was uncanny. Apple might be becoming the mechanical duck of the financial services industry.In June, the company unveiled even more features within its iPhone’s Apple Wallet app, including a buy now, pay later (BNPL) service called Apple Pay Later, as well as the capability for iPhone users to pay people money by just tapping their phone against the phone of the recipient. These features join the growing list of financial products and services within Apple Wallet, including Apple Pay, Apple Pay Monthly Installments, Apple Card (offered with Goldman Sachs), and Apple Cash (offered with Green Dot) — and the last two provide Apple a tiny percentage of each transaction, which has brought on its own controversy.Why is Apple interested in banking?A tech industry blogger with CNBC notes that the primary motivation for these new Apple Wallet features is to encourage Apple customers that have not used Apple Pay to try it. “It’s also another mechanism to keep customers locked into Apple’s ecosystem,” the blogger continues, “and upgrading to a new iPhone when they’re ready.”The new Apple Wallet features are actually part of a greater plan that was leaked by insiders in March — codenamed “Breakout.” As the plan’s name implies, it’s “the idea of users breaking free from the current establishment players in the financial system.”With “Breakout,” Apple reportedly plans to introduce more financial services features, including payment processing, risk assessment for lending, fraud analysis, credit checks and additional customer-service functions such as the handling of disputes. Also in the works: a subscription service bundle for financing iPhones and some Apple services. Another industry blogger observes that Apple’s moves toward providing more financial services is an effort to gain “more consistent, recurring revenue” from their customers, versus solely relying on “hit-based” revenue channels like product releases (e.g., phones, computers, and accessories).Some analysts believe that Apple’s growing foray into financial services is more than just that of a fintech — but an ad hoc actual bank, albeit without a charter…for now. A blogger associated with Google Ventures highlights the inherent risk involved with a tech company doing their own financial lending. “That sounds like a bank because it is a bank. Apple is now a bank…Yes, yes, not quite technically yet. Yet.”What services would Apple banking offer?

If Apple does launch an actual bank, one analyst speculates that initially, it would likely have these features:
Apple’s iPhone software, which records so much information about how users interact with it, could turn a standard bank account into something wholly other to make it viable competition for traditional banks. Apple can leverage the sheer amount of data at their disposal to provide bespoke financial advice for budgeting, car financing, and all other manners of financial products.Apple just might have its sights set on becoming a fintech, and possibly one day, a real live, quacking bank. The evolution of Apple’s financial service offerings is something financial institutions should keep an eye on to remain aware of how this potential competitor may impact their CFI’s customer base. Check back here for updates and how to best strategize your next moves.
Subscribe to the BID Daily Newsletter to have it delivered by email daily.

Join Our Team – We Are Hiring

Are you or someone you know passionate about banking and helping others in the industry succeed? At PCBB, we continually seek to build a diverse team that is passionate about helping bankers. PCBB has career opportunities available in hedging, sales and marketing, and advisory. Visit our careers page and start your career with us today!