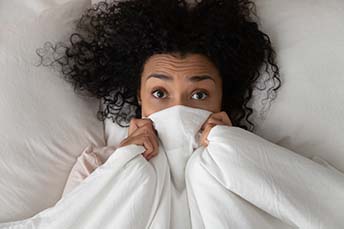 small business
customers
customer service
Summary: Universal retirement benefit plans are on the horizon for many states in the US, with proposed congressional legislation meaning potentially big changes for small business customers. CFIs can aid those small business customers with preemptive educational offerings to help prepare them for what’s to come.
Share this Article:
Staying awake is the difference between life and death in Wes Craven’s 1984 horror film “Nightmare on Elm Street,” which is still considered by many to be one of the best horror films ever made. After a group of teenagers begin having nightmares about a razor-gloved murderer named Freddy Krueger, their nightmares become reality as they are picked off one by one in their sleep. The teenagers try their best to keep themselves and their friends awake. The teen who ultimately triumphs is Nancy, who realizes that her fear gives Freddy power over her and tricks him into following her into the real world in order to defeat him.Fortunately, community financial institutions (CFIs) don’t have to worry about foregoing sleep to protect the interests of their customers. But as the possibility of universal retirement plans looms, staying abreast of developments on this front and taking preemptive measures is a good way of showing small business customers that you’re looking out for them and their employees.According to the 2022 ShareBuilder 401k Small Business Retirement Survey, 74% of businesses with fewer than 50 employees don’t offer a retirement plan. As baby boomers reach retirement age, social security’s longevity is in question, especially as the payments do not meet the current cost of living, meaning a drastic income shortage for retired people. With millions of Americans in younger generations who are barely able to make ends meet, let alone save for their futures, Congress continues to grapple with how to provide some form of universal retirement benefits.Though it remains unclear what a universal retirement plan will look like, demand for one has been gaining traction in recent years. It’s increasingly likely that some sort of initiative will come to pass in the near future, and CFIs should be prepared for what this could mean for their small business customers.Recent Retirement Legislation Efforts

If last year’s Build Back Better Act had been passed by Congress in its original form, the legislation would have required US employers without retirement plans to enroll their employees in IRAs. While that didn’t come to fruition, overwhelming support for the idea makes it clear that it’s not going away. In fact, Congress has been taking steps toward universal retirement plan measures for several years.In 2019, Congress passed the Setting Every Community Up for Retirement Enhancement Act (SECURE), which created a pooled employer plan. SECURE is a new variation of a multiple-employer defined contribution plan that removed limitations such as the need for employers to reside within the same geographic location and lightened disqualification metrics. The following year, a more comprehensive version of retirement law was introduced in Congress through what is known as SECURE Act 2.0. This initiative would lower plan administrative costs, among other things.In the meantime, at least 12 states, including California, Illinois, and Oregon, have already implemented some type of state-mandated retirement plan, many of which are mandatory for private employers with five or more employees. Several other states are currently in the process of putting together or implementing their own plans, such as New York, which will require employers with 10 employees or more to provide employees with access to a traditional retirement plan or to use the state’s new Secure Choice plan. Secure Choice will fund IRA retirement plans through automatic payroll deductions. In some cases, employers that do not comply will even face penalties.How to Advise Small Business Customers

While it remains unclear what universal retirement plans will look like on a large scale within the US, the inevitability of such plans provides an opportunity for CFIs to begin conversations with small business customers about retirement plans and ways that your organization can help on this front. With so many small businesses relying on CFIs for financial advice, they’ll could lean on their financial advisors heavily as local retirement laws come to pass. This is especially true for employers that don’t have the funding to provide these benefits to employees.After all, a lack of proper advice could mean another wave of cutting full-time employees or their hours, so they would no longer be eligible for benefits. At a time of great economic uncertainty, where talent is hard to find, the rebirth of that full-time-employee eradication strategy would pose just as much of a risk to businesses as taking on extra debt to offer more benefits. Luckily, your CFI has time to prepare and reassure small business customers to avoid any potentially harmful business moves. Given that many of the plans that have already been put forward allow for IRAs as an alternative to more formal retirement plans, CFIs can begin looking at ways to facilitate such offerings with small business clients now.CFIs also have an opportunity to start dialogues with small business customers to find out what questions they have about retirement benefits, and any specific needs they are already aware of within their organizations. One way of servicing small businesses on this front and highlighting your organization’s concern for these customers is through educational offerings. These can boil down the importance of retirement savings for employers and employees alike, and the various ways people can begin preparing, no matter how universal retirement legislation shapes up.
Subscribe to the BID Daily Newsletter to have it delivered by email daily.

Support the Charities That Are Right for Your CFI
A recent study says that a financial institution’s lack of support for local charities would push customers to move their accounts elsewhere. We explore how your CFI can pick charities that make the greatest impression on your customers.

How to Prevent Defaulting Loans Despite a Potential Recession
History shows that recessions lead to higher default rates among consumers. By predicting and managing delinquency before it occurs, a CFI can increase the lifetime value of existing customers by helping them avoid becoming delinquent.

PCBB’s podcast — Banking Out Loud — has a new episode! Listen for insights on successful selling, including three tips for success and three mistakes to avoid, with guest speaker Archie Kelley, Managing Principal of SalesPhysics.