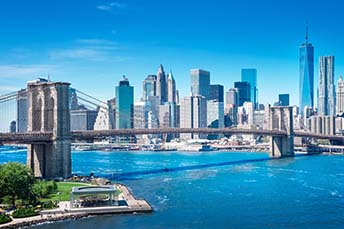 CFIs are Taking a Bite Out of Apple Pay’s Dominance

technology
industry update
payments
Summary: An Iowa credit union has filed a class-action lawsuit against Apple over features built into its phones that limit the payment options people can use outside of Apple Pay. We detail how the lawsuit could impact other big tech companies entering the payment space and the overall banking industry.
Share this Article:
New York City is widely known as the Big Apple, but the nickname has nothing to do with New York state being the country’s second-largest apple grower. NYC’s fruity moniker comes from John Fitz Gerald, a reporter who overheard stable workers in New Orleans use the term to denote New York City’s racetracks as upper echelon venues. Though the term died out, it was reintroduced in a 1970s tourism campaign by the New York Convention and Visitors Bureau.Not long after the Big Apple nickname resurfaced, another influential apple was born: Apple, Inc. Since 1976, Apple has grown into one of the most influential and dominant technology companies in the world. With Apple Pay now representing 48% of mobile wallet transactions and becoming a greater threat to the banking industry, one Iowa credit union decided to file a class-action lawsuit in hopes of taking a bite of out Apple’s dominance in the payment arena.The Core of the Matter

Apple Pay, Apple’s mobile payment app, has become extremely popular among consumers and rapidly gained a stronghold on the US payment industry. But one major reason for the app’s popularity is that roughly 113MM people in the US (approximately 47% of cell phone users) have iPhones, where Apple Pay is the only mobile wallet that works. Though iPhone users can download alternate tap-to-pay providers on Apple devices, Apple’s iOS Near Field Communication technology (NFC) blocks the use of anything other than Apple Pay, rendering all other payment apps useless.By limiting access, Apple has reaped major financial benefits — to the tune of at least $1B annually, according to the class action anti-trust suit brought against the tech giant. Card issuers that participate in Apple Pay are charged 0.5 cents for debit card transactions and a 0.15% fee for any credit card transactions through the app, even though it is the card issuers that execute the transactions.In response to what is essentially a tap-to-pay monopoly on Apple devices, Iowa-based Affinity Credit Union has spearheaded the class-action lawsuit on behalf of payment card issuers against Apple for illegally profiting from its own software.The suit states that Apple “could not sustain these substantial fees” if alternative mobile wallets could be used on iOS devices. The suit goes on to say that “Apple has further cemented its market power by preventing all US-based card issuers from passing on Apple Pay’s fees to consumers… to participate in Apple Pay, an issuer must agree not to impose a surcharge on a cardholder’s Apple Pay transactions. This rule prevents issuers from using differential pricing to drive cardholders to lower cost alternative modes of payment.”Upsetting the Apple Cart

If successful, the suit against Apple could have a wide-reaching impact on the banking industry. This comes at a time when Apple is already dealing with a similar suit in the European Union over preventing third-party app developers from accessing its iOS NFC technology. Meanwhile, the Consumer Financial Protection Bureau is investigating the payment activities of major technology providers, including Apple, though mainly regarding data privacy issues. There is also a bill in the Senate that could potentially rein in the ability of major tech companies to favor their own payment services and apps.At present, there are more than 4K financial institutions in the US that participate in Apple Pay, a large portion of which are community financial institutions (CFIs). Apple’s stronghold on the payment market is only growing, as it gears up to launch Apple Pay Later, a “buy now, pay later” service, and has paired with Goldman Sachs to offer the Apple Card. Should the class-action lawsuit against Apple Pay prevail, it could force Apple to loosen its hold and change its current policies — which would be good news for CFIs and other card issuers.Whether or not your CFI is interested in joining the class-action lawsuit against Apple Pay, how things unfold will have an effect on the banking industry at large and could impact the approach that other major tech providers take toward their own payment apps.
Subscribe to the BID Daily Newsletter to have it delivered by email daily.