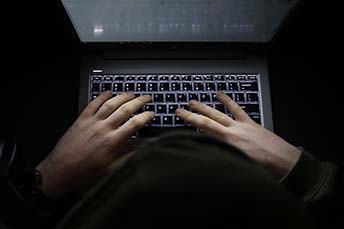 The Risks of Monitoring Employees & How to Do It Right

human resources
employees
management
Summary: Many employers are considering monitoring employees to ease their fears of security risks, compliance violations, and lower productivity. While the goal of monitoring employees is to create greater accountability, the practice of monitoring can actually have an entirely opposite effect. We explore how technology is used to monitor employees, the potential pitfalls, and tips for making it a positive experience for both you and your employees, if you do implement it.
Share this Article:
Netflix’s popular series “You” centers around the life and behavior of character Joe Goldberg, an attractive and socially awkward bibliophile who is nonetheless likable. Goldberg scans the internet and social media for more information on his crushes. But he takes this common behavior to an extreme — hacking their social media accounts, phones, and other devices so he can stalk them, and eventually do much worse.Despite having much better intentions, organizations who monitor their employees use similar technologies and surveillance tactics. However, the intentions don’t seem to matter to monitored employees, as reports find that monitoring is often detrimental and actually increases the likelihood that people will break rules.Monitoring employees during remote/hybrid work. When the onset of the COVID-19 pandemic suddenly forced businesses around the world to shift to remote and hybrid work arrangements, many employers were skeptical and worried about the worst-case outcome — that employees would do less work and be unproductive. There were also fears of security risks and compliance violations, the possibility of leaked company information, improper use of company resources, and, in some cases, the potential need to produce digital documentation in the event of litigation.Technology methods used for monitoring. The solution many businesses turned to was monitoring employees. These options included keystroke tracking software that measures how much time an individual spends typing or visiting websites, GPS location tracking, video surveillance, screen recording software, or programs that take screenshots of someone’s computer at set intervals. Roughly 60% of employers in the US with remote workers use software to monitor employees when they work outside the office, according to Digital.com. Of that group, 88% have fired employees for falling short of productivity expectations, based on monitoring data.Unintended consequences. While the goal of monitoring employees is greater accountability, the practice of monitoring can actually have an entirely opposite effect. Two studies conducted by the Harvard Business Review found that when people know they are being monitored, and feel they aren’t being fairly treated, it can lead them to act in ways they would typically view as unethical. Monitored employees are far more likely to engage in behavior ranging from intentionally working at a slower pace to ignoring directions to taking unauthorized breaks, or even stealing or damaging company equipment. According to the authors of the studies, one of the biggest factors behind such behavior is the feeling that employees don’t need to rely on their own moral compasses anymore and that the person monitoring them is ultimately responsible for their behavior.Tips for when it’s required to monitor. Since there are many industries, such as banking, where rules and regulations make monitoring a necessity, leaving employees to police themselves isn’t always an option.Here are three tips to implement a more constructive monitoring process:
If you have remote employees that you monitor, think carefully about the risks and benefits of this practice. It may lie in the technology you use, and the transparency with your teams, as to whether your monitoring policy may backfire.
Subscribe to the BID Daily Newsletter to have it delivered by email daily.