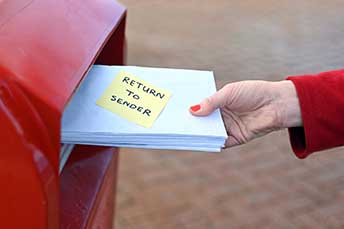 Attracting Women Back to the Work World (Part 2 of 2)

human resources
employees
Summary: Roughly half of working mothers will scale back their careers for family at some point, or will leave their jobs entirely. As organizations scramble to plug expertise gaps amidst a dearth of qualified candidates, many are turning to “returnships” as a way to coax mothers back into the workforce and to get them up to speed on technological advancements that occurred during their absence.
Share this Article:
In the 1962 film “Girls! Girls! Girls!” Elvis Presley portrays a poor Hawaiian fisherman with multiple love interests and dreams of owning a boat of his own. While you certainly won’t find the movie ranked in any listings of the best films of all time, most people are familiar with “Return to Sender,” one of songs written for the production that soared to the top of multiple record charts in the US and abroad. In fact, when the US Postal Service released a commemorative stamp featuring the singer in 1993, countless Elvis fans sent off envelopes with first-day issues of the stamp to phony addresses, in hopes of receiving them back stamped “return to sender.”With director Baz Luhrmann’s biopic “Elvis” in theaters, hits by the title character such as “Return to Sender” have made their way back onto radio playlists. In the work world, another type of return is gaining popularity. As mentioned in the first part of this series, "Career Relaunch Programs Can Be Beneficial," organizations  are scrambling to fill expertise gaps amidst the ongoing shortage of qualified applicants. Many financial institutions are taking a chance on what have been dubbed “returnships.” These returnships are a key way to lure women who tabled careers for family or other commitments back into the work world.Back to work. According to Pew Research, at some point in their career, roughly half of working mothers wind up scaling back the hours they work, while more than 25% of mothers leave the workforce completely to take care of their family. Now, as employers face major skill shortages — particularly in areas such as technology — and a nationwide dearth of talented job applicants, some organizations have begun casting a wider net via returnships geared toward women who have voluntarily left the workforce. Returnships are essentially modified internships targeted to individuals who have been out of the work world for a few years or more and need to brush up on some essential skills before rejoining. Given that technology is ever-changing, even a brief absence from work can result in a significant skill gap.While many women have long sought to return to careers after their children reach a certain age and no longer require as much support, such efforts have not always been successful. From changes in technology and best practices, to inadequate support from human resources and managers, mothers returning to work have often felt unsupported and have found it extremely difficult to transition back to full-time careers. One positive thing that may have come out of the COVID-19 pandemic is a shift in how businesses approach this demographic. Organizations seem to be waking up to the reality that the experience women previously had in the workforce can actually be more valuable than training new college graduates and first-time entrants into the business world.A new approach. Throwing women back into their former roles that may have shifted significantly since they left can often result in them feeling overwhelmed or like imposters who just don’t belong. Returnships aim to fill any gaps that may have resulted from such absences by providing women with tailored training that can ease them back into full-time work. Many major organizations such as Intuit, Amazon, and PayPal, along with financial institutions such as Goldman Sachs and JPMorgan Chase, have begun offering returnships. While the specifics of the various programs vary, from 16-week paid training programs, to six-month stints — some of which can even be done remotely — most offer the option for the women who take part in them to transition to permanent full-time roles. The qualifications to participate in the programs also vary, but the majority are open only to women who have a set number of years of experience in a former position and who have been out of work for at least three years.Getting started. While community financial institutions (CFIs) may not have the resources of major organizations like Amazon to throw behind returnships, that doesn’t mean they should be ruled out. Even if your institution can’t offer a large-scale, formal program, your human resources professionals should dig into the offerings of other organizations and consider replicating the most effective parts of their offerings. Beyond technical training, one component of returnships that mothers find most helpful is being paired with female mentors who have families of their own. These mentors can relate to the unique challenges faced by working mothers trying to juggle the responsibilities of the work world and home life.Bottom line, returnships are a victory for organizations looking for more qualified employees, as well as mothers returning to their careers. But the concept is still in its infancy. It will take time and a lot of trial and error for companies to determine the most effective steps to help these women achieve a satisfying balance between their careers and their families.
Subscribe to the BID Daily Newsletter to have it delivered by email daily.

PCBB’s podcast — Banking Out Loud — has launched! We provide informational, unbiased, and candid conversations and discussions in each episode on an array of banking topics, including CECL, artificial intelligence, and real-time payments. Check out our podcast episodes today.