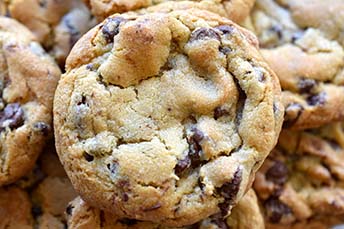 What the Lingering Chip Shortage Means for CFIs

by Steve Brown
technology
payments
Summary: The global microchip shortage is now anticipated to continue longer than expected, possibly throughout 2024. This translates into community financial institutions feeling the impact of this shortage in bank card and credit cards.
Share this Article:
Whether you know them as Choco Chips, as they are called in Latin America, Chips More!, as they are known in countries such as Malaysia, or Chips Ahoy!, the name that they debuted under in America in 1963, odds are good you have had Nabisco’s staple chocolate chip cookie offering. Nabisco’s Chips Ahoy! cookies derived their name as a play on the “Ships ahoy!” warning used among sailors, suggesting that the cookies are so heavily packed with chocolate chips that it isn’t possible to take a bite that doesn’t contain chocolate.Luckily for Nabisco, chocolate chips are readily available. Unfortunately, the opposite is true when it comes to the chips required to operate countless electronic devices, from automobiles and smart phones to medical devices and payment cards. With the microchip shortage unlikely to subside anytime soon, community financial institutions (CFIs) should be taking preventative measures to minimize any problems they may experience.Supply shortage. The worldwide microchip shortage has been widely publicized over the past two years. It was brought on by a combination of heightened demand for electronic devices containing ever-more chips in them and a widespread manufacturing slowdown due to the COVID-19 pandemic, particularly in countries such as China where lengthy lockdowns ground production to a halt. Added to that is fears among many companies, such as auto manufacturers about the impact of trade disputes between the US and China, which has led many organizations to stockpile chips in hopes of getting out in front of the shortage. And now there are fears that the Russia-Ukraine war could worsen the problem for the foreseeable future.What it means for financial institutions. While initial predictions posited that the microchip shortage would start leveling off in mid-2022, the problem is now expected to persist throughout 2023 and possibly into 2024, according to a new report from the U.S. Payments Forum. Though efforts are underway to build new semiconductor foundries – the facilities where manufacturing takes place – the construction process is incredibly expensive and takes years to complete. Until the imbalance is resolved, microchip supplies are expected to remain scarce and chip prices are expected to continue climbing. Worse yet, given that chip demand is greatest for the newer, more sophisticated chip versions, it is those chips that will take precedence over the older technology nodes (the specific semiconductor design) that are typically used in payment cards. As a result, CFIs can expect to face shortages and higher expenses for chip enabled payments cards, such as debit cards and credit cards.The chip cards that banks and payment companies currently rely on, known as EMV chip cards – short for Europay, Mastercard and Visa – are embedded with microprocessors and memory chips that store the data necessary to interact with point-of-sale terminals and ATMs to facilitate transactions. These same cards are equally crucial to contactless transactions, such as mobile payment apps or online purchases, where payments are typically made by providing credit card or debit card numbers. As of the end of 2020, there were already 10.8B EMV chip cards in use around the world, According to EMVCo., and with more than 3B new EMV cards issued annually, that number is expected to keep climbing.Potential fallout for CFIs. If the chip shortage does extend into 2024, CFIs could find themselves unable to continue issuing new cards or to replace those that expire. If that happens, not only could that mean a significant decline in transactions and lost revenue if people are unable to make payments, it could mean the potential for reputational damage among customers unable to access the services they desire.Steps to consider

CFIs may not have the ability to solve the chip shortage, but there are things that can be done to try and control the potential impact of the shortage.Short-term measures.
Long-term measures. Given that demand for chips isn’t likely to diminish, CFIs would benefit from looking at longer-term solutions for their chip needs as well. One such step to consider is to broaden the number of chip suppliers that your organization relies on.Finally, make sure to communicate with your customers. The chip shortage has been making headlines for some time now, so most people are likely to have some awareness of the problem. Let customers know that your organization is taking proactive steps to try and avoid any inconvenience for them, but be honest about any challenges you may be facing.
Subscribe to the BID Daily Newsletter to have it delivered by email daily.

Identifying Customer Attrition
CFIs can’t rely on inertia to keep their customers. It can cost around $300 to acquire a single customer. By paying attention to the reasons that clients switch providers, you can help ensure that attrition doesn’t erode your customer base. We explore the key reasons that customers leave their banking institutions.

Combatting Burnout Among Female Employees
Despite hybrid work arrangements, 53% of women are burned out and considering leaving their jobs within the next two years. Retaining female employees within your organization may mean revisiting how your organization approaches hybrid work.