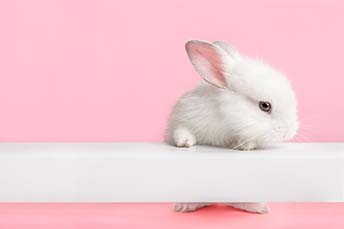 by Steve Brown
human resources
employees
management
Summary: Despite hybrid work arrangements, 53% of women are burned out and considering leaving their jobs within the next two years. Retaining female employees within your organization may mean revisiting how your organization approaches hybrid work.
Share this Article:
It has been 33 years since Energizer introduced the Energizer Bunny to the world in a commercial contrived to make fun of an ad run by Duracell several years earlier. As a group of battery-operated pink toy rabbits beating drums lose power one by one, the Energizer Bunny, a much brighter pink rabbit with longer ears, sunglasses and a cooler drum, rolls past them all - right on through the tv studio and through several other mock advertisements that he interrupts. Just as the ads suggest, the popularity and longevity of the bunny has kept "going and going."New Energizer Bunny ads were introduced recently in 2021 and, despite the addition of a few modern tweaks to his image, the adorable pink bunny's image has proved as long-lasting as Energizer claims its batteries are. When it comes to women in the workforce, however, the need to keep going and going has taken its toll. Despite accommodations that have been made for working parents throughout the COVID-19 pandemic, such as hybrid work arrangements, the majority of women remain still stressed, burned out, and likely to leave their jobs, more than their male counterparts. Given how significant this trend is, especially during a period of the Great Resignation and the challenge to find and retain workers, let’s explore this trend a bit further.Burnout. On the face of it, the emergence of the hybrid work model has been a perfect solution for women around the world, providing the flexibility necessary to balance work and personal lives. In reality, however, 53% of women are more stressed out than they were a year ago, according to a Deloitte study. Nearly half indicated that they feel burned out. As a result, 40% of women are actively seeking new jobs, and more than half of them have plans to leave their job within the next two years. This is more dramatic with middle-management (64%) and non-managerial roles (59%).Though hybrid work has become the new norm for many people over the past two years, it's still far from universal. Only 33% of women in the workforce have access to flexible work policies. When it comes to the changes that employers have made during the pandemic, only 22% of women have flexibility regarding the times and locations that they work from. And even when hybrid work is an option, women are skeptical about embracing it, with 94% of women believing that asking for flexible work options will negatively impact their chances of being promoted.Far from perfect. Even in cases where women can take advantage of hybrid work arrangements, problems persist. A majority (60%) of women say that hybrid work arrangements are exclusionary, leaving them out of important meetings and interactions and providing inadequate exposure to the people in key leadership roles who ultimately impact career advancement. On top of that, many women have been the victim of microaggressions or harassment, yet 93% are afraid to report such behaviors due to fears that doing so will be held against them and hurt their careers. More than half (59%) of women have experienced non-inclusive behaviors in 2022, up from 52% in 2021.Unclear parameters. Adding to the problem is the fact that many organizations are unclear regarding their expectations regarding hybrid arrangements, which adds additional stress for women working in such arrangements and increases the likelihood of misunderstandings and resentment among colleagues who aren't in hybrid work arrangements. In fact, 26% of women in hybrid work situations complain that their employers have been unclear about guidelines and expectations for such work arrangements.The demographic factor. Exclusion isn't uniform. A recent study by Deloitte found that women within ethnic minority groups experience exclusion at a higher rate than their peers in ethnic majority groups (15% vs. 10%), and are more likely to feel they are patronized as well (9% vs. 2%.)Ways to retain female employees

While it isn't possible to remove all the stresses that women face in trying to balance work and personal obligations, there are steps that organizations can take to reduce the likelihood of losing female employees because they are burned out. Especially if your organization offers hybrid work options, following are a few things to consider:Prioritize mental health. Organizations that offer mental health support to employees – and encourage employees to utilize it – have a better chance of holding on to female employees who are struggling with burnout. Beyond offering mental health services, it's important to take efforts to remove the stigma surrounding mental health and to make it clear to employees that using such services will not be held against them. If women are comfortable talking about mental health issues at work, they are far likelier to take advantage of such services and address their needs on this front.Outline clear guidelines. Offering flexible work and hybrid arrangements isn’t enough. As an employer, you need to outline your expectations regarding the hours and places that employees can work from and should make such policies clear to everyone, not just those working remotely.It's equally important to highlight the need to keep remote employees in the loop, particularly among senior managers. Make it clear that your organization’s behavior expectations carry over to remote interactions and that harassment of any kind will have negative repercussions.Encourage openness. With so many women struggling to find balance between work and personal lives two years into the pandemic, one of the simplest things that you as an employer can do is to encourage women to share their concerns and voice the areas where they need support. Letting women know that your organization is sincerely interested in identifying ways to ease their burden, where possible, can go a long way towards holding onto key female employees and attracting new ones.
Subscribe to the BID Daily Newsletter to have it delivered by email daily.

Partnering with Neobanks — Yes or No?
CFIs can grow loans, deposits and non-interest income through partnerships with neobanks. It's a potentially smart partnership, but one that CFIs should consider carefully before cementing. We give you some ideas to consider before deciding to partner with a neobank and how to increase the chances that this new relationship will thrive.

Emerging Risks for the Banking Industry (Part 1 of 2)
The FDIC recently published its 2022 Risk Review. We summarize some of the report highlights relating to market, operational, and climate-related risks emerging within the banking industry, and discuss their potential impact on community financial institutions.