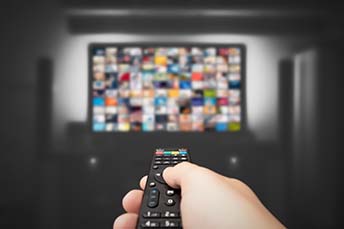 How Paid Social Media Can Pay Off

by Steve Brown
digital marketing
marketing
social media
Summary: With social media platforms constantly altering their algorithms, CFIs can find true value moving beyond free content on social media channels. To boost your brand recognition, consider developing a budget for social media advertising. We will share a few things to consider to help navigate and execute more effective social media that reaches your target groups.
Share this Article:
Home Box Office (HBO) changed the face of television in November of 1972 when it became the first company to provide a pay-TV option for consumers. What began primarily as a regional offering of evening programming in northeastern Pennsylvania, consisting primarily of sporting events and films that had recently been released, quickly gained traction. Within its first two months of operation, HBO attracted 1,395 subscribers. It quickly grew to more than 8,000 paid subscribers across Pennsylvania and New York within its first nine months of operation. In the years since its launch, and after significantly expanding its offerings and introducing original content, HBO has remained one of the largest cable networks and has won countless Emmy Awards for its original programming.Despite the amount of content available on network television and free access to internet programming, there were still 73 million pay-TV households in the US as of 2021—proving that sometimes the free route isn't always the most appealing option. As community financial institutions (CFIs) seek to boost brand recognition, they should consider a paid social media strategy, instead of solely relying on free options.Paid online campaigns. Paid social media is essentially the targeted use of advertisements to boost the overall reach to specific audiences on various social media channels. It can range from paid advertisements on platforms like Facebook or Google to paid promotions from social media influencers or celebrities. Given that social media platforms are always altering their algorithms, and that the platforms can attract the attention of specific demographic groups, paying professionals to help navigate and execute more effective social media is something CFIs should consider. In most cases, paid social media content includes some sort of notation such as the label “sponsored,” but if content is compelling enough people will look past that. Choosing paid social media doesn't mean your organization should forego originating organic social media content, as the two can be complimentary. Organic content is posted to your social media channel at no cost, but it is limited to those that visit or follow your channel.  But given the time commitment that generating engaging content requires, you may want to pay to boost posts—which includes paying the social media channel to present your existing content and positioning it to attract new customers that don't follow you (yet). It can give you an online presence with a far broader reach through channels specifically aimed at the demographic group you are hoping to reach. Varying costs. Adding paid social media to your arsenal does not necessarily have to be expensive. It can be as little as $1 a day or up to much higher amounts depending on the amount of leads you want on a daily, monthly or quarterly basis. It could include: utilizing tools with pre-set templates where you can populate with your own content, or just paying to boost an existing post to a broader audience than your online media subscriber base. Such tools not only allow CFIs to tailor the audience they want to reach, such as gender, age, hobbies, and geographic areas, but to also monitor the reach of such posts and alter them accordingly. Platforms like Google provide the ability to drill down to find people looking for new commercial real estate, or gearing up to make major purchases. For a CFI in Nebraska, paid social media has been a great way to boost both the organization's online following and visibility within its community. By partnering with local businesses to hold a contest each quarter, the institution managed to simultaneously heighten its own visibility and emphasize its support of local businesses within its community. Developing Content. When it comes to selecting the platforms that CFIs use for paid social media, there is a wide variety of options available. Your institution should consider establishing a presence beyond Facebook and LinkedIn, to include platforms more popular among younger cohorts such as Instagram and Twitter as well. A few things to consider when determining how to delve into paid social media and what content to boost:
Expand your marketing and branching reach by delving more into the social media world. You'll be rewarded!
Subscribe to the BID Daily Newsletter to have it delivered by email daily.

Should Your Bank Invest in Fintech-focused Private Equity?
Partnerships between CFIs and fintechs are an increasingly important part of any CFI’s business model. However popular, it’s not a given that fintech-directed private equity is a good fit for every CFI. We provide you with some things to consider before you decide to invest.

Adapting Loyalty Programs in a Shifting Customer Landscape
The $200B loyalty program market has long been shown to drive business for merchants and financial institutions. However, around $16B in loyalty points are unredeemed each year, suggesting this approach to retaining customers may need change. We suggest seven ways in which CFIs can adapt their loyalty programs to retain retail customers — as well as help boost merchant customer business.