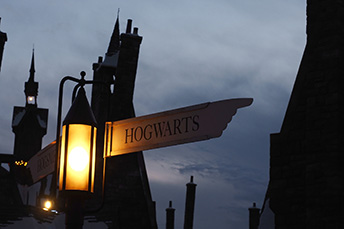 How To Stem Dissatisfaction When Employees Leave

human resources
employees
Summary: With the workplace upsets of the pandemic and the Great Resignation, it is important to keep your finger on the pulse of your workforce. An employee exit can disrupt more than just work responsibilities. So, we explore four areas to address when an employee leaves, in order to mitigate the spread of discontent and retain remaining employees.
Share this Article:
In 2001, JK Rowling’s wildly successful Harry Potter series was brought to the big screen, with British actor, Richard Harris, playing the pivotal role of Albus Dumbledore, the headmaster of the Hogwarts. Yet, Harris was only able to portray Dumbledore in the first two Harry Potter films, before he passed away from cancer. Many mourned this loss and it was difficult for the production team to consider recasting. However, fortunately for Harry Potter fans, the role of Dumbledore was successfully recast with British actor Sir Michael Gambon. This allowed the remaining books to be filmed, all of which were major blockbusters.Just as in the movies, having an employee leave could create a void and make it difficult for the team to accept a new hire. Chemistry is just as important within the office, as it is on the big screen. Countless studies have shown that relationships with colleagues, particularly friendships, play a major role in the overall satisfaction level people have with their jobs. So, as the Great Resignation continues to play out, community financial institutions (CFIs), like all organizations, should consider the effects on the overall work environment when employees leave. Here are four areas to address. 1. The spread of dissatisfaction. Most people thrive on knowing what to expect in their lives and it makes them uncomfortable when change happens. So, when colleagues suddenly depart and alter the work dynamic, social contagion can cause dissatisfaction. The impact is also stronger with in-person employees, who rely on daily interactions with their coworkers. If not addressed, it can fester and cause some of those people left behind to head for the door as well. One way to stem discontent from spreading is to communicate as soon as possible how the void from the employee’s departure will be filled. If employees wonder if they will need to take on more work, they may consider other job options. So, make it clear how that role will be covered. Spreading the responsibilities in the short term may be ok for people, as long as they understand the specific details and realize it is for a short period of time. Being open and honest with employees about pending changes or uncertainty is critical. 2. The value of appreciation. According to findings from OC Tanner, an employee recognition software company, 79% of employees leave their jobs because they do not feel appreciated by their employers. Employees want to know that they are valued and that their input matters. One way to do this is by recognizing the contributions that employees make. Call up employees and let them know when you hear good feedback from customers or colleagues. Show appreciation for hard work and dedication by giving them a special shout-out. This can be done through internal memos or through simple employee reward systems, where people are recognized for doing a particularly good job and given a reward, such as a gift card or even some time off. 3. The importance of employee feedback. Give employees the opportunity to freely share feedback about the workplace. Providing a forum for such input demonstrates that your institution values the opinion of employees and is also a good way to understand where any challenges or problems may exist. You could find out that some people have too much work on their plate, as well as where efficiencies can be found. On the flip side, such feedback could show what people like and highlight the areas where employees are happy. Knowing this allows employers to continue boosting these areas to enhance overall employee satisfaction. 4. The role of flexibility. As the COVID-19 pandemic has demonstrated, one of the things that people value even more than money is flexibility. In fact, the Harvard Business Review reported that’s the case for 59% of respondents in a recent study. While schedule flexibility has been discussed extensively with remote working options, decision flexibility within work projects is also important. Leaving specific task details to the discretion of certain employees gives them a sense of ownership and may make them more confident. Allowing people to take a larger creative role in their assignments often gives them an impetus to get the job done successfully and grow within your institution. In keeping your finger on the pulse of your workforce, you can better understand how to retain them, even when employees leave. This improves their work experience and the overall work environment, which keeps your institution thriving.
Subscribe to the BID Daily Newsletter to have it delivered by email daily.

Regulators have raised the bar on interest rate risk and liquidity analysis. We can help you effectively manage your ALM and give you back some preciously needed time. To see how easy it can be & get expert help, contact us today.