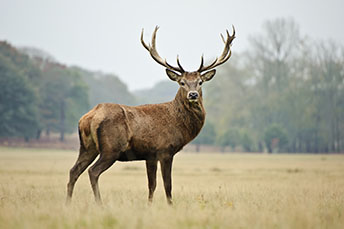 What Does America’s Shrinking Branch Network Mean For CFIs?

branches
branch banking
digital banking
M&A
Summary: A record net 2,927 US bank branches closed in 2021. Is this all bad news? We give you the important facts on branch closures and look at the impact on community financial institutions. We also share some stories of how your peers have been dealing with this trend.
Share this Article:
Almost all species of male deer grow antlers, which serve them well in the mating season and help them fight predators. After shedding the first set, like baby teeth, they grow larger, branch-like antlers. Every season they shed their antlers and grow new stronger ones. The banking industry has engaged in some shedding and growth of its own. However, unlike deer, the net effect is a record loss of branches across the US in 2021. According to S&P Global, nearly 4K branches closed and over 1K opened. This equates to a net of 2,927 branches shuttered, a 38% increase on the 2020 figure.What’s driving branch closures?

The key drivers of consolidation haven’t changed from last year, when we reported them in the BID article, “Branch Closures – The Influencers & The Future.” These include the continued adoption of digital technologies, the need for cost efficiencies, and increased M&A activity. M&A was a particularly big factor last year, with a total of 208 deals concluded, the highest level since 2006. Low interest rates put further pressure on margins, forcing institutions to scrutinize their costs and assess the profitability of branches.Who’s driving these closures?

Larger financial institutions were responsible for most of the branch closures during 2021 — over 90% belonged to big commercial banks. Wells Fargo reported the most net closures with 267, US Bank shuttered 257, and Truist Bank closed a net of 234 branches. Meanwhile, Huntington Bancshares’ footprint shrank by 16%. Recent closures have largely been concentrated in saturated metropolitan areas, where there are generally other branches nearby. Although a small number of new so-called ‘banking deserts’ were created, banking access was not greatly affected. Less than 1% of closing branches did not have another financial institution within 10 miles. According to the ABA Banking Journal, the average American is living within a commuting distance of 25 branches.Community financial institutions (CFIs) are mostly bucking the trend. A survey by Wipfli of 177 CFIs found that 84% of respondents hadn’t closed a branch in the last 12 months. Furthermore, only 5% planned to do so in the next year.What this trend means for CFIs

In the past, big bank branch closures caused concern for CFIs. They were unsure how these closures would affect the financial industry as a whole, and whether CFIs would need to respond similarly to be competitive. Yet, with customer service and relationships as core pillars of their value in their communities, CFIs have continued supporting their customers in the branch, whenever possible. This enduring support has paid off for many institutions. Research now shows that, while consumers prefer digital channels for transactional activities, they still want to access bank branches for complex, high-touch interactions. As we discussed previously in our BID article, many CFIs are adapting quickly, embracing digital transformation, and seizing opportunities to maximize the potential for customer interaction at the branch. Indeed, in this omnichannel banking environment, big bank closures could be beneficial to CFIs, as they put many consumers and small businesses in play, ready to be snapped up by a proactive institution with a focus on service and relationships. “The big banks may be ‘overbranched.’ We aren’t. I may not need more branches in existing markets, but competitors closing some of theirs is good news to us,” says the President of one CFI. CFIs share their experiences in closing branches

Most CFIs aren’t closing branches at the same rate as the larger banks. Nevertheless, it is important to find a balance between deepening customer relationships and providing customer convenience. Some CFIs have benefitted from reducing their branch footprint, while still providing important access through interactive teller machines (ITMs) and other technologies. A $7.5B-asset CFI in WA reported shutting nearly 18% of its branch footprint in 2021. It claims to save roughly $250K per branch per year. Its modeling suggested a deposit attrition of 10-20% if a branch is close to another location, and as much as 50% if it’s not. However, the recent closures didn’t come close to those figures. In a recent earnings call, the CEO said: "The technology has made the customers a lot stickier than they used to be. And I think that's playing to our advantage. As we've watched how customers manage through the pandemic, it gave us a bit more confidence to take the actions we are [taking]."A NJ-based financial institution with $11.4B in assets reported 92% deposit retention, following the closure of 56 branches since 2017. “We want to make sure that the market isn’t left without access to banking, which is a big thing that I think regulators focus on,” says the institution’s President. The CFI uses interactive teller machines (ITMs), which operate like ATMs with the addition of videoconferencing capabilities, to service customers without the need for a full branch.Whether the number of branches closed in 2022 will reach a new record is not known. One thing that is known is that CFIs will continue to show their resilience and support their customers wherever they need them.
Subscribe to the BID Daily Newsletter to have it delivered by email daily.

How CFIs Can Survive Bank Attrition
According to an analysis done by the Financial Brand, half the banks that exist today will disappear during the next 20Ys, leaving fewer than 2K banks in the US by 2042. Small banks will be particularly hit hard. We discuss what CFIs can do to help ensure that they are among the ranks of the survivors.

Regulators have raised the bar on interest rate risk and liquidity analysis. We can help you effectively manage your ALM and give you back some preciously needed time. To see how easy it can be & get expert help, contact us today.