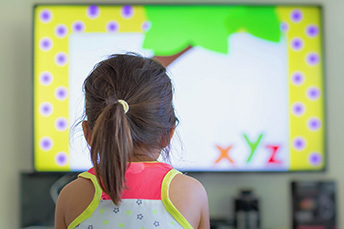 Four Strategies To Boost Board Diversity

strategic planning
leadership
management
Summary: According to a report from the US House Committee on Financial Services, big bank boards are still roughly 80% white and 70% male. While the banking industry is working on board diversity, it takes time to diversify boards, even if there is increasing regulatory scrutiny. Here are four strategies to help boost your board’s diversity.
Share this Article:
Since its initial episode in 1969, Sesame Street has endeavored to educate children about everything from the alphabet and basic counting to values such as kindness, sharing, equality, and inclusion. So, it is no surprise that in 2017 the show introduced a new Muppet named Julia, a 4Y old autistic girl who was rapidly embraced by some of the program’s most popular characters like Big Bird, Elmo, and Abby Cadabby. The number of children who have autism has risen significantly in recent decades; the CDC reports 1 in 44 children are on the autistic spectrum. So, Sesame Street is addressing the importance of inclusion head-on.Just as Julia’s addition to Sesame Street did not go without notice among parents, the diversity of financial institutions’ boards — or lack thereof — is something that regulators are keeping an increasingly close watch on. According to a report by the US House Committee on Financial Services, the banking industry’s diverse workforce was 42% while the percentage of diverse board directors was only 20%. Diversity challenge

Despite the banking industry’s efforts to step up its diversity, many banks haven’t been able to meet this challenge. The boards of major banks are still comprised of roughly 80% white members and 70% male, according to the US House Committee report. Drilling down further, Blacks, Latinos, and Asians remain largely underrepresented. Both Asians and Latinos each comprise 11% of the banking industry’s workforce, but only 5% of board seats are occupied by Latinos and only 3% by Asians. Heightened regulatory scrutiny

Regulators are acutely aware of the mismatch between the number of women and minorities that make up the American population versus the number of board members in the banking industry. In October of 2021, Michael J. Hsu, the acting Comptroller of the Currency, commented that his agency is focused on enhancing the diversity of bank boards. He also noted that the OCC could eventually urge financial institutions to either make the nomination of diverse candidates to their boards a routine practice or justify why they have not. This is similar to Nasdaq’s “diversify or explain” rule for listings on the exchange. As the OCC seeks ways to enhance the diversity among bank boards, Comptroller Hsu said the regulator is examining the approaches that other countries have taken with this issue — particularly given mounting research that there are direct ties between board diversity and stronger earnings and lower risks within banks. This past summer, the European Central Bank proposed a rule that would outright require gender diversity to be part of the equation, whenever a bank board reviews its current members or looks to fill a vacancy.Diversity benefits

While regulatory measures requiring greater board diversity could still be a ways off, it is never too early to start looking at what likely changes could mean for your institution. Various evidence supports the notion that stronger board diversification yields a more robust organization overall. A 2021 study showed that “Diverse firms’ productivity is 1.32x higher than firms lacking diversity.” Having a more diverse board shows your community that diversity is an important value. It is also a good way to attract qualified applicants, maintain key minority employees, and even attract new customers. As people are increasingly looking at diversity, equity, and inclusion (DEI) when it comes to the organizations that they choose to work for, partner with, and even invest in, you won’t want to miss out.How CFIs can enhance board diversity

Now is the perfect time to take a good look at the makeup of your current board and decide whether or not your organization needs to step up its own efforts to diversify.
Subscribe to the BID Daily Newsletter to have it delivered by email daily.