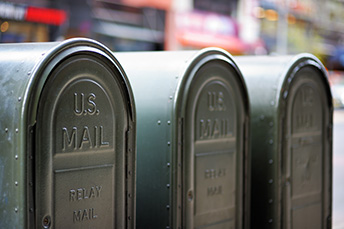 business customers
competition
Summary: Around 55Ys ago, the USPS ended its postal banking services. Yet, a new USPS check-cashing pilot program seems to be indicating a possible resurgence. The stimulus checks from the pandemic shined a light on the issues for the unbanked in accessing these funds. Now, with some bipartisan momentum, USPS could become a competitor to many community financial institutions. We unpack the details and give some insights.
Share this Article:
In the early 1800s, the US Postal Service (USPS) delivered mail seven days a week — a practice that elicited no shortage of criticism, especially among religious groups. Yet, it was ultimately the invention of the telegraph in 1844 that brought the end of daily mail delivery by providing people with a new method of communication and the ability to get important information without postal deliveries. Almost 170Ys later, with Americans’ solidified reliance on online communications and the competitive pressures of FedEx and other courier services, USPS faced financial woes. So, the USPS adopted special delivery and priority mail packages on Sundays, bringing things full circle. Financial concerns and competitive pressure are once again at the heart of change within the USPS. The agency faces billions of dollars in losses and is looking for ways to keep providing valuable services, in light of Amazon’s massive distribution network. This time it is in the form of a pilot program that brings postal banking one step closer to becoming a reality again — and to becoming a direct competitor for community financial institutions (CFIs). With 7MM unbanked households, according to the FDIC, there is also a need for greater access to financial services. This lack of access came to light because of the immediate issues in cashing stimulus checks during the pandemic. $2MM was allocated through an appropriations bill to jump start a USPS banking pilot program to address filling this need more permanently.Testing the waters. On September 13, 2021, the USPS launched a pilot check-cashing program that allows people to cash business or payroll checks for up to $500, without the need to produce identification or endorse the checks they are cashing. The program is an effort to provide the nation’s unbanked population of 14MM with more affordable banking services than the check-cashing businesses most people within this demographic currently rely on. For a fee of $5.95, individuals can cash checks and transfer the money to generic one-time use gift cards that can be used to purchase merchandise or to withdraw cash from an ATM. Comparatively, check-cashing and payday lenders typically charge a percentage of the checks they cash that averages closer to $15 for a $500 check. Major retailers, such as Walmart, currently charge between $4 to $8 for check-cashing services. The pilot program is initially limited to four branches in Baltimore, the Bronx, Falls Church, VA, and Washington, DC. The USPS is testing the waters to determine consumers’ appetite for postal banking. Larger aspirations. While the pilot is currently limited to cashing checks for $500 or less, the USPS already has significant expansions in mind, including:
One major element is missing from USPS banking though — FDIC deposit insurance. Its offerings would still be far more appealing and wide-reaching for the unbanked and underbanked communities than the current options that this group faces, which also lack FDIC backing. If such services do come to fruition, it would create the equivalent of a bank account with the USPS. Adding to its existing international money wiring services to nine Latin American countries, the USPS would be providing needed banking services, without many of the difficulties associated with bank accounts at traditional financial institutions, like identification documentation requirements and account maintenance fees. Strong backing. The USPS pilot program has the support of both the American Postal Workers Union (APWU) and the Biden administration, both of which envision expanding it into a nationwide program. That could mean that banking services would be provided in roughly 30K post offices. In the past, Democratic members of Congress have expressed desires for the USPS to incorporate services such as small, low-cost loans, interest-generating savings accounts, and even small checking accounts, among other simple banking services. Having additional services would be incredibly attractive to the USPS, as it struggles with billions of dollars in losses. The USPS predicts that the addition of postal banking services could provide it with up to $10B in additional annual revenue. Support for the USPS banking services program seems to cross party lines, with the support of US Postmaster General, Louis DeJoy, which could move it along quickly, if the pilot program shows merit.CFI effects. While postal banking programs have been discussed and discounted before, don’t count this attempt out. The unbanked is a strong area of focus for the FDIC and this is one way to support this population and reinvigorate the business of the USPS. As the pilot unfolds and offers more information on the validity of this option, keep watching and strategizing. With the USPS as a competitor, it could be more challenging to attract first-time account holders or rural customers. Look for ways to attract those prospects needing a low-cost banking option, which could then grow into other financial services. The resurgence of a postal banking system could also shift your current efforts to reach out to the nation’s unbanked and underbanked populations. While things won’t change overnight, they may happen more quickly than we think. So, it is important to be ready.
Subscribe to the BID Daily Newsletter to have it delivered by email daily.

How CFIs Can Effectively Compete Against Neobanks
Nimble neobanks have an edge in the world of digital banking. But CFIs have advantages in the real world of finance, stemming from their traditional, brick-and-mortar businesses. Those traditions can help level the playing field.