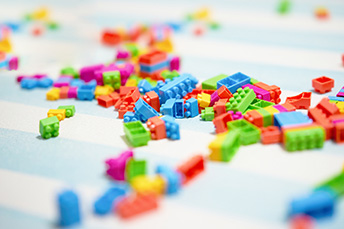 Lessons Learned From The Exodus Of Challenger Banks

fintechs
digital banking
competition
Summary: A number of challenger and foreign banks have recently exited or scaled down their presence in the US. N26 is the latest casualty. What’s behind these less-than-successful attempts to come to terms with the US retail banking landscape? We look at the lessons community financial institutions can learn from this apparent exodus.
Share this Article:
Approximately 4.7MM LEGO pieces are produced every hour, and seven LEGO sets are sold by retailers every second. If all the LEGO bricks sold each year were laid next to each other, they would wrap around the world five times. Building a brand as well-recognized, trusted, and successful as LEGO is no easy enterprise. This is a lesson that many foreign and challenger banks have learned when trying to enter the US retail banking market. In November — less than 3Ys after launching in the US — German challenger bank, N26, announced plans to cease its US operations. N26 is not alone in finding it tough to crack the US market. HSBC, Monzo, Mitsubishi Financial, Leumi, and Banco Bilbao Vizcaya Argentaria (BBVA), have all exited or reduced their US retail banking presence in the last year. These moves emphasize how difficult it can be to gain a foothold in the US market, given the regulatory challenges, costs, and scaling difficulties that many “outsider” brands face. Community financial institutions (CFIs) have been in this market for decades, some even a century. We explore these unsuccessful attempts by competitors, in order to determine lessons learned for retaining and growing CFI competitiveness.   A tough landscape for new entrants

Regulatory challenges. Foreign and challenger banks trying to enter the US market face a profusion of different governing bodies, licensing requirements, local and federal laws, and consumer protection rights. Our regulatory landscape is much more complex compared to that of the European Union and many Asian countries. Some fintechs, in particular, have struggled to overcome regulatory hurdles. UK challenger bank, Monzo, for example, finally withdrew its application for a US banking license after almost 2Ys of trying. In fact, Varo Bank is currently the only challenger bank that has successfully applied for a full US banking license. Scale to compete. New entrants to the US market not only have to compete with the established giants of American banking, such as Bank of America, JP Morgan Chase, and Wells Fargo, but also with rapidly growing US-based neobanks, such as Chime, Ally Market, and Varo Bank. This intensely competitive marketplace, combined with pressures on profitability in the current environment and the need to invest heavily in technology, mean that many foreign banks don’t have the scale or necessary financing required to compete effectively. This has led to the likes of HSBC, MUFG, and BBVA re-evaluating their US strategies. Lessons learned

Although the pandemic and recent changes in consumer behavior might suggest that challenger and neobanks hold a competitive advantage in the “new normal”, digital world, all the evidence doesn’t necessarily back this up. N26’s recent exit, along with moves by other challenger and foreign banks, provide some valuable lessons for CFIs, as well as larger US banks, to learn from.
CFIs are well placed to succeed

CFIs have years of regulatory expertise, diversified portfolios, an established customer base, and brand recognition on their side — all of which put them in good standing compared to new entrants. That said, challenger and foreign banks are unlikely to give up on the US market completely, given its scope and scale. So, make sure to take these lessons seriously.
Subscribe to the BID Daily Newsletter to have it delivered by email daily.

As of January 1, 2022, in accordance with Fed guidance, PCBB is no longer entering into LIBOR-based transactions. Fed funds and SOFR are available for both scenario planning and transaction execution. Visit our SOFR Resource Center for more information on this new index.