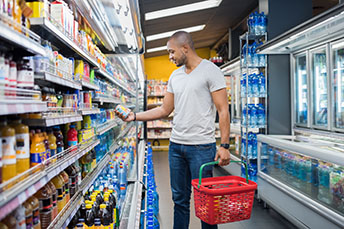 technology
ATM
cryptocurrencies
Summary: Coinstar machines have started offering bitcoin as an option for coin exchange. This move provides greater access for cryptocurrency aficionados and even gives users the option to send and store money. Coinstar and other cryptocurrency ATMs are mainstreaming bitcoin. As financial institutions are taking notice, we will explore the latest on cryptocurrency exchange machines and crypto banking.
Share this Article:
The nation’s first supermarket, Piggly Wiggly, launched about 100Ys ago. Since then, grocery stores have morphed into an ever-expanding one-stop shop for everything from milk and bread, to greeting cards, and even hardware supplies. Now, many supermarkets, along with retailers like Walmart, are adding cryptocurrency to that list through Coinstar. Coinstar machines offer consumers the ability to convert loose coins into cash or e-gift cards and now, bitcoins. While Coinstar machines aren’t seen as competitors to many community financial institutions (CFIs), they could be, before too long. Coinstar’s foray into crypto not only provides an easy avenue for people to access digital currencies, but it also opens up a new way to store and send money. CFIs looking for an early-in advantage should be watching this space closely, particularly as some CFIs have already begun dipping their toes into crypto banking. We explore the developments in cryptocurrency exchange machines and cryptocurrency banking to keep you updated.Cryptocurrency exchange machines - gateways to cryptocurrency

Coinstar. With almost 20K coin-counting and collecting kiosks, Coinstar is the leading provider of these types of self-service machines in the US. Its kiosks charge 11.9% on the total amount converted into paper currency or gift cards, unless they select specific vendors that cover the service fee (like Amazon, Starbucks). For a 4% fee, Coinstar users, who register their mobile phone number and an official form of identification with the company, can convert coins into bitcoins. They are provided with a voucher, which can then be transferred to their own digital wallet or to the wallet of someone else who has registered with the system. As with all cryptocurrency transactions, the bitcoin shares people receive through Coinstar become part of the blockchain transaction ledger. Cryptocurrency ATMs. Crypto-specific ATMs have also begun gaining traction. They exist for the sole purpose of allowing people to exchange currencies from multiple countries directly into crypto tokens or to cash out of crypto holdings. Using crypto ATMs requires nothing more than a cryptocurrency trading app ID (known as pockets), which is where the tokens purchased through a crypto ATM are deposited and stored. Given the ease of using these new ATMs, they are gaining quick acceptance within the unbanked and among groups who find them a quicker, cheaper, and easier way of sending money overseas. CFIs in cryptocurrency banking

Proprietors of crypto ATMs have largely been outside the world of banking so far. Yet, their growing popularity has prompted traditional financial institutions to wade into various elements of crypto banking.
As the regulatory guidance around cryptocurrency advances, more widespread developments within the traditional financial industry will likely follow. In the meantime, there are several early CFI adopters that are finding ways to satisfy the needs of their customers safely. Finding the best way to approach cryptocurrency is not easy, but it can be done.
Subscribe to the BID Daily Newsletter to have it delivered by email daily.