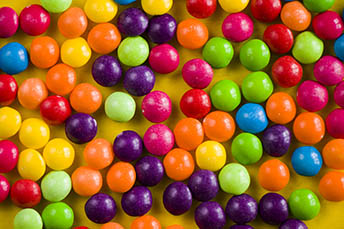 board of directors
employees
management
Summary: It is not just the big banks that have made commitments to diversity, equity, and inclusion DEI initiatives. Financial institutions of all sizes are getting involved. We map out a few of these efforts by the big banks, regional banks, and your peers, community financial institutions. Even if you are already involved in DEI measures, you may find some nuggets to add to your list.
Share this Article:
Skittles candies have been on the market since 1974 and are widely recognized for their multi-colored and multi-flavored pieces. But did you ever wonder where the candy got its name? Skittles are actually small bowling pins used in an ancient Egyptian form of ground billiards/bowling that is still played today. However, when most people think of Skittles they think of the candy and its “taste the rainbow” slogan that highlights the confection’s brightly colored pieces. Not surprisingly, it has been strongly embraced by the LGBTQ community.Skittles’ “taste the rainbow” slogan made us think about some of the efforts that the banking community is currently making to step up its own diversity, equity, and inclusion (DEI) initiatives. From hiring and recruiting practices to lending initiatives focusing on specific communities, and even efforts to make employees feel that they work in a safe and accepting environment, DEI is top of mind for many financial institutions in one way or another. We give you a rundown of what financial institutions of all sizes are doing in this area.

Big banks
When it comes to DEI, some of the banking industry’s largest players have made visible commitments. In September of last year, Citibank and its Citi Foundation announced the commitment of more than $1B to the bank’s Action for Racial Equality program. This initiative aims to help close the racial wealth gap within the country by providing credit access to minorities, investing in Black-owned businesses, and increasing homeownership among Black people, among others. As part of this effort, Citibank recently put $100MM into its Pathways to Progress program, which works to assist youth from marginalized backgrounds with training and mentorship relationships to help them acquire the skills necessary to improve their career prospects.Bank of America has taken a similar philanthropic approach to its DEI initiatives. In March 2021, the bank announced that it is committing $1.25B over the next 5Ys to help foster racial and economic equality. As part of this effort, Bank of America recently contributed $4.2MM towards a grant aimed at helping the career prospects of youth from minority backgrounds. The money has been pledged, in an even split, to NPower and Urban Alliance. These partner organizations aim to help youth within communities of color acquire the technical skills necessary to land good jobs.Wells Fargo’s Banking Inclusion Initiative is a 10Y effort to assist minorities within unbanked communities in gaining access to affordable, digitally-enabled banking services. Wells Fargo also pledged to double the number of Black leaders in its organization over the next 5Ys.

Regional banks
Truist regional bank is also working to bolster its DEI efforts. This institution has several women and minorities on its leadership team and board. Its Community Benefits Plan dedicated $60B for investment and loans to low-income borrowers between 2020 and 2022. The organization also pledged $78MM towards various DEI initiatives, including funding for African American small businesses and social justice grants, among others in 2020.

At Bank of the West, a large part of the organization’s DEI focus is on education, both internally and externally. The bank’s goal is to build a culture that respects and values diversity through recruitment, training, and the support of its local communities.Community financial institutions
While community financial institutions (CFIs) may not have the same big budgets for such endeavors, many are equally committed to their own DEI initiatives.
An $8B-asset CFI in NC has set internal DEI goals for itself with the aim of creating equal advancement opportunities for employees across its entire organization, from interns and new hires to its board. To do that, the institution has:
Other CFIs are upping the ante with their DEI measures too. Recently, a PA-based CFI stepped up its DEI commitment by appointing the organization’s first DE&I officer, a minority woman, who will work to lead the organization’s DEI initiatives and track their progress. Also, a CA-based CFI is dedicated to fostering diversity within its organization and already has a leadership team comprised of nearly 50% women and roughly one-third of its board of directors are female officers. This institution has also added an eighth principle to its mission statement that is focused on DEI.There are many ways that financial institutions are committing to DEI. This is just a sampling of some of the current efforts. Creatively working together on measures that work for both your institution and your diverse communities will help you find the best ways to make the biggest impact.
Subscribe to the BID Daily Newsletter to have it delivered by email daily.