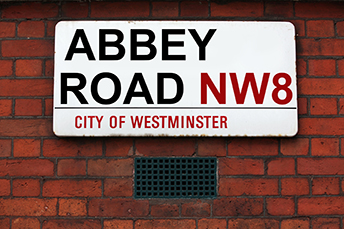 The Rising Financial Clout Of Millennials

business customers
millennials
Summary: Millennials seem to be lagging behind their generational cohorts financially. Yet, there are indicators that this could be changing. Compared to baby boomers, millennials had higher incomes and more financial assets at 40. Let’s look at the financial challenges this demographic faces and the traits that make them solid, profitable bank customers.
Share this Article:
Can you guess the band with the most songs hitting #1 on the Billboard chart? If you are a baby boomer, you likely guessed The Beatles and you are right. They had 20 songs topping #1. While the boomers enjoyed The Beatles, the millennials preferred the music of The Wallflowers, Smashing Pumpkins, Green Day, and Foo Fighters. The band names definitely got more creative as time went on!Millennials may be creative, but many have struggled financially. It has been widely accepted that this generation is not doing as well as other cohorts. However, there are some signs that this could be changing. A writer at Bloomberg recently took a look at the financial state of millennials who turned 40 in 2019 and compared the results to baby boomers who turned 40 in 1989. The analysis, gleaned from the 2019 Fed Survey of Consumer Finance, yielded some surprising insights. Adjusted for inflation, millennials had higher incomes and more financial assets than baby boomers at the same point in their lives. But, if this is the case, why haven’t we seen more evidence of financial strength from millennials?Student debt remains a financial drag. High on the list of worries for this demographic is student debt, which was minimal when boomers went to college. According to Experian, student loan debt hit $1.57T in 2020 among 165.2MM accounts with an average balance of almost $39K. High levels of student debt explain why millennials have almost twice as much debt as boomers did at age 40. However, one positive outcome of all that student debt is that millennials are more educated than boomers, with 69% of millennials having some education beyond high school compared to 54% of boomers. That extra education likely contributed to the higher income millennials earned and will continue to serve this generation well, as our economy demands more skilled and educated citizens.Financial focus is split. While retirement plans have helped millennials amass financial assets, they are still not participating as much as they could. Bank of America’s Better Money Habits Millennial Report 2020 reported that almost a quarter of millennials with retirement savings have $100K or more. But, 27% of millennials are not saving anything for retirement. Millennials (between 24 and 41Ys old) find that retirement isn’t the only investment for consideration. If they received an extra $10K, 20% said they would use it towards a down payment or invest in their current home, 11% would add it to their retirement fund, and 10% would invest it elsewhere. Not only that, but according to a Harris/CNBC Poll, 77% of older millennials prioritized paying for their children’s education over retirement investments. Still, despite their current financial situation, many millennials have three important traits that make them responsible and profitable customers.
Subscribe to the BID Daily Newsletter to have it delivered by email daily.

We know that not every banker has the same needs. So CECL FIT is flexible to adapt to fit your portfolio. Start small with CECL FIT Basic Tier and you can grow into a larger tier if you need to later. Learn more about our CECL solution.