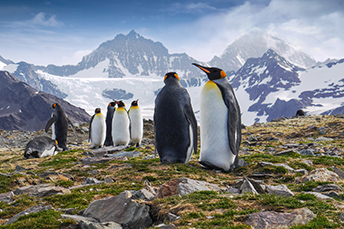 strategic planning
management
Summary: Research has shown that board diversity increases financial performance. Not only that but many communities are becoming more diverse. As businesses grow and diversity increases, you will want to consider increasing the diversity of your board of directors. This can be done with three actions to enhance your board’s diversity and perspective.
Share this Article:
Interestingly, Seymour Island had penguins that stood at six feet tall and weighed 250 pounds about 40MM Ys ago, according to bones that were found. As times change, adaptions are made. This is true with bank boards too.Lately, banks have made modest improvements in diversifying their boards, but they’re not where they should be yet. That’s according to a finding from Bank Director’s inaugural 2020 Governance Best Practices Survey, which took place in February and March 2020, just before the pandemic forced many banks to close. A total of 159 CEOs, chairmen, chairwomen, and independent directors of banks with less than $50B in assets participated in this survey. When asked how diverse their boards were, just 5% of the participants said that all their banks’ directors were white men and that they had no plans to change that. Another 13% said that their board was not diverse, but they would like to bring more diversity in and another 13% responded that one or two of their directors were female or people of color and that this ratio is probably sufficient. A reassuring 39% of the survey participants said that their boards had several minority or women directors and 30% said they had one or two, but would like to have more. This suggests that the majority of survey participants are part of organizations that are responding to demographic changes in the communities they serve. Business ownership shifts. In the past 10Ys, racial minorities started more than 50% of the 2MM businesses in the US, for a total of 4MM minority-owned businesses nationally today. That’s a big increase. Not only that, but according to loan broker Fundera, there are 114% more female entrepreneurs in the US than there were 20Ys ago — another big jump. A board that reflects the people with whom they do business is more able to see issues from the borrower’s point of view. That in turn helps a financial institution make customer-centric decisions and innovations, which results in stronger financial performance.Diversity increases performance. Academic research supports that logic, but not all the survey participants agree with it. Just over half, or 52%, think that diversity improves board performance, 40% think the effect exists but is overrated, and 8% don’t think board diversity affects performance. The respondents who say that their boards hope to increase diversity may find opportunities to do so as a natural result of their answers to another survey question. 42% said that at least one or two of their directors underperform, and a significant number said that some members of their boards aren’t appropriately engaged with the work. If you find the opportunity to bring in another board member, you may want to consider the following three ways to increase the board diversity too.
Finding creative ways to broaden your board’s diversity doesn’t need to be hard. If you are looking for this type of diversity, having a slight shift in approach and reaching more broadly within your community can help you get there.
Subscribe to the BID Daily Newsletter to have it delivered by email daily.