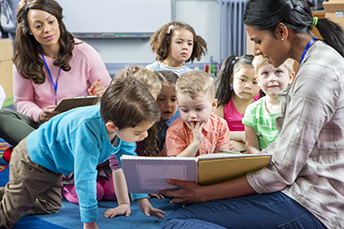 performance
strategic planning
M&A
Summary: M&A deals dropped 56% last year. So, how do things look in 2021 for bank M&A? We provide highlights from the Bank Director’s 2021 M&A Survey to give you the answer and cover: who’s in the market, the status of technology acquisitions, expectations for a recovery, and thoughts on deal opportunities.
Share this Article:
While crawling, talking, and walking are typical milestones for young children, it is not always easy to note when there is simply a delay vs. atypical behavior. Observations, assessments, and analyses are all important ways to differentiate the two. Looking at the development of bank M&A in 2021 can be handled similarly. Last year was definitely atypical when it came to bank M&A activity. Once the pandemic took hold, M&A activity screeched to a halt, with a measly 3 deals announced in April and May, according to S&P Global Market Intelligence. Acquisitions picked up slightly in the summer, yet the year ended with a 56% drop in deal announcements. So what’s 2021 going to be like in terms of deal-making? To shed some light on the answer to this question, we give you some highlights from the Bank Director’s 2021 M&A Survey. While this survey was taken in September 2020, before the vaccines were approved, insights can still be gleaned from some of the responses. Who’s in the market?

More than one-third of survey respondents said their institution is likely to buy a bank by year’s end. Last year, that figure was 44%, so a noteworthy drop. Markedly, 72% of banks in the $250MM to $500MM range say they are open to acquisitions, but intend to focus mostly on organic growth. By contrast, only 47% of respondents with assets from $500MM to $1B answer this way. These plans may also depend on how the vaccine rollout continues, which has been unpredictable lately. Technology companies are not a top target

Despite the hype around technology, only 11% of respondents said they’re likely to purchase a technology company. Of that group, 63% named a business or commercial lending platform as possibilities. This type of deal could become more important as banks look to increase rock bottom yields and put liquidity to work. In fact, S&P Global Market Intelligence reports between Jan 1 and Feb 19, 2021, there were five deals between a bank and specialty lender publicized. Slow economic recovery and high capital level confidence

There have been many different economic scenarios for recovery since the pandemic began. With ongoing uncertainties, it is not surprising that more than half of those polled expect a slow rebound for the US economy. Twenty-eight percent don’t expect to return to pre-crisis levels this year, and 7% predict the recession will deepen. As we get more of a foothold on consistent economic recovery, M&A activity is likely to gain traction.Still, confidence levels were generally high among those polled, in terms of successfully making it through a recovery. When asked if their capital levels were high enough to weather the current economic environment, 98% said yes. More recently, according to The Conference Board, a nonprofit think tank, CEO confidence reached a 17Y high in Q1 2021, with expectations of fewer layoffs and higher wages. Looking for deals

Given these levels of confidence, it wasn’t surprising that 63% of those polled said they remain open to deals. This suggests that many banks are willing to be opportunistic should the prospect arise.Concerns about pricing as a barrier to M&A deals have dropped significantly — to 60% compared with 72% a year ago. That said, more respondents cited concern about how stock could be used as currency in a deal. More respondents also noted concerns over demands on a bank’s capital as a result of an acquisition.
While there is still a lot to be determined to know how M&A will fare in 2021, it feels as if we have turned a corner and are looking at brighter horizons ahead. With the vaccine rollout picking up steam allowing the economy to properly ramp up, M&A activity should follow. We will continue to keep you posted as all of this unfolds.
Subscribe to the BID Daily Newsletter to have it delivered by email daily.

Profitability FIT is a profitability solution that measures performance at the account level, but also at the entire customer level. Now your institution can price not just credit, but the entire relationship to win more deals.