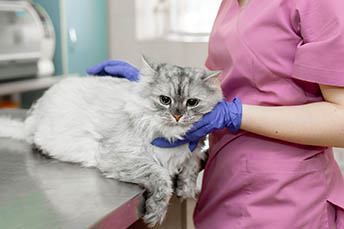 by Steve Brown Topics: employees, strategic planning
Summary: The recovery is not happening as quickly as anticipated. Which financial institutions are likely to cut jobs as economic pressure continues?

Interesting fact: not only can people be allergic to cats but cats can be allergic to people. This is not often the case since our bathing habits are usually more rigorous than those of most cats.
Another area covered more rigorously these days is expenses. Bankers are looking for all ways to tighten the belt including contemplating job cuts.
When the pandemic and economic slump first prompted widespread job losses, banks were among those most likely to maintain employment levels. Indeed, a number of banks and financial, institutions, including Citi, Wells Fargo, and Bank of America, pledged not to cut jobs in 2020 as the recession hit.
But as the economic slump has lingered, several financial institutions are finding the pressure on net income becoming more urgent. As a result, the possibility of job cuts has crept back into the picture. Analysts say that banks could trim their workforces by 5-10% in the near future as they try to shore up stressed profit margins.
There are about 1.9MM people employed in the commercial banking industry. A 10% reduction would mean the loss of 190,000 jobs. But what type of financial institution is likely to trim their workforce? Let's explore this issue further.
Job losses at big banks
Most of those job losses would likely occur at the largest banks. The top four banks currently account for over 730K jobs, so they would have the most layoffs in terms of absolute numbers in a round of layoffs. But they also have larger departments, so they might be able to absorb cuts without significantly disrupting service levels. A big bank like Wells, with 236,511 employees, might actually be able to find 23K jobs that are redundant or no longer fit in with the bank's needs.
Adjustments at community financial institutions
Community financial institutions (CFIs) have much smaller workforces with hundreds of them having fewer than 50 employees each. Cutting 10% from a bank with 50 employees translates to just five employees. But many CFIs operate lean staffs already with little of the duplication and redundancy often found at giant banks. Axing one job, if it is the wrong job, can actually disrupt service for some customers at smaller financial institutions.
Accordingly, the search for expense savings should probably start by looking at costs outside of payroll. Are there vendor expenses that can be trimmed? Are there other fixed costs that can be brought down?
One other potential source of downsizing: mergers that result in duplicate functions and the need for job reductions. Merger activity has been weak of late, but if mergers pick up again, so could a potential corresponding job reduction.
For now, you will want to see where else you could cut costs so as not to disrupt the service you provide to your customers, especially during these tough times. Feel free to review our article from last week, Two Ways to Cut Costs for Greater Profitability, to help. As a last measure, if it does come down to job reductions for cost-cutting measures, we know that you will find a way to do it as compassionately as possible.
Subscribe to the BID Daily Newsletter to have it delivered by email daily.

Richmond Federal Reserve President Tom Barkin notes that the labor market recovery has been slower than expected due to the continuing effects of the coronavirus. However, he said he is hopeful as personal savings rates are high and could allow for increased spending, as people feel more comfortable leaving their homes.

Several employers have reinstated furloughed employees pushing the unemployment rate down to 8.4% in August after it almost reached 15% in April, according to federal data. Yet, a recent Randstad RiseSmart survey discovered that almost half of US employers that furloughed or laid off staff due to the coronavirus are thinking of cutting more jobs in the next 12 months. This indicates a change in thinking from a temporary situation to a more long-term one.

Your institution can purchase fully-funded, senior secured floating-rate loans to diversify your portfolio. Contact us today for more information.
Copyright 2018 PCBB. Information contained herein is based on sources we believe to be reliable, but its accuracy is not guaranteed. Customers should rely on their own outside counsel or accounting firm to address specific circumstances. This document cannot be reproduced or redistributed outside of your institution without the written consent of PCBB.