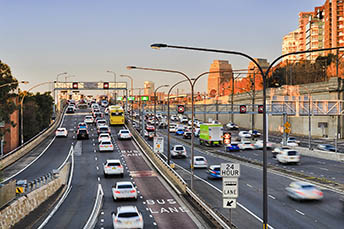 strategic planning
M&A
Summary: The pandemic has caused the number of bank M&A deals to plunge by almost two-thirds and the deal value ratios to plummet. What should community banks know about M&A today and into the future?
Share this Article:
According to the National Highway Traffic Safety Administration, around 530k crashes are caused by improper lane changing and merging. Just as improper traffic merging can have its consequences, bank mergers without the right elements can quickly sour these days.
The pandemic has been tough on bank M&A activity, particularly for the megadeals that headlined banking news last year. Through the first seven months of 2020, the number of bank deals dropped by almost two-thirds, while the total value plunged by more than 80%.
The first seven months of 2019 saw 150 announced deals worth $43B. But just 56 deals were announced in the first seven months of this year, and the value was only $7B. Deal value ratios are also retreating, with the median ratio of deal value to tangible common equity at 136.4% for the first seven months of 2020, versus 158.1% in 2019.
Indeed, the deal pace has been particularly anemic this summer. The small deals being announced this summer have been seeing small multiples as well. For example, in July, a WI-based community bank announced plans to acquire a Milwaukee-based bank for $4.9MM, a deal value to tangible common equity of 57%.
That WI deal is indicative of the type of M&A transactions that appear to be working at the moment. Rather than megadeals, we are seeing smaller deals involving community banks that carry values attractive to acquirers. If the economy continues to struggle, it is likely that these smaller deals will typify the M&A landscape for the near term. Two interesting themes we found in M&A deals lately include:
Building on a niche. Some banks may want to expand a certain specialty. The Milwaukee-based bank, for example, traces its lineage back to the turn of the last century but remained a small, niche bank. It had two standalone branches as well as five branches inside retirement communities. This deal gives the acquiring bank new branches as well as a book of new accounts in this retirement market.
Complementary services. Some banks find they can combine complementary services to better serve their customers. Two community banks, both of NY, announced their merger at the end of August 2020 where one of the strategic benefits was that their businesses were highly complementary. The SBA and owner-occupied commercial lending of the merging bank fit nicely with the residential and commercial lending of the acquiring bank.
Still, bringing deals to a close has been more difficult in the current environment. Shifting financial outlooks can make deals that looked sweet yesterday turn sour overnight. Several deals have already fallen out this year. Until a coronavirus breakthrough happens, M&A activity is expected to remain sluggish. Yet, once a corner is turned on the virus, community bankers may see M&A as an opportunity to capture more capital for loan losses and expand their footprint for survival. We are all looking forward to that day.
Subscribe to the BID Daily Newsletter to have it delivered by email daily.