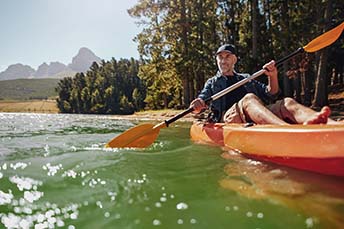 by Steve Brown
business customers
funding
Summary: Negative interest rates are now in discussion in the US. What you should know.
Share this Article:
Entrepreneur ranked surprising things successful people like: helping those who need and deserve it, sleeping in their own beds, mundane hobbies, working their tails off, and quiet time. Surprise!
In community banking, another successful thing to do is to always try to be prepared for unexpected events. For example, when calculating interest rates, there is always an assumed "plus" in front of any percentage. After all, that is how nearly all financial models work and things can get really messy when that is not the case. That said, you may find regulators eventually asking your team if you have even considered how you might respond, if that plus sign becomes a minus and goes negative.
Negative interest rates, which have appeared in countries around the globe over the last few years, are now under discussion in the US. Speculation of when and how deep a recession might be are leading some to ponder whether the Fed would really let longer term rates drop into negative territory.
We think that would be horrific for community banks and we sincerely hope that never happens in the US. The Europeans are struggling, along with Japan and other countries who have tried this crazy experiment of keeping rates negative, as they arbitrage off the US.
For many financial institutions, working in a negative interest rate environment could be challenging, to put it mildly. As the Fed funds rate approaches zero, leverage effectively evaporates for those dependent on NIM. If government bonds go negative, suddenly a profitable spread becomes a loss, which doesn't bode well for those relying heavily on this spread either.
Some of the nation's largest banks have already begun publically talking about how they might respond. They say they might charge new and higher fees for everything from ATMs to checking accounts, and charge for deposit accounts rather than paying interest. We wonder if competitors would do the same and what international banks might do here, if that door opened.
Knowing that big banks are starting to think about negative rates give us pause, but it is something worthy of discussion at least. To prepare, start with interest rate risk modeling (we can help, if you want), then identify which customers are less sensitive to fees, in case you need to add new ones. Also, continue to review customer profitability overall (we can help here too) to know where you can tweak things, if needed sometime down the road.
Looking around the globe shows how negative interest rates can take hold and remain in place for years. Negative interest rates arrived in Europe 5Ys ago as a short-term stimulus designed to give sagging economies a jolt. Sadly, those negative rates have become a fixture throughout Europe and now people are talking deflation (spooky).
The experience of European economies and other countries around the globe that have gone negative will no doubt be on the minds of bankers. However, for now, all we can do is wait and see how things go over time.
Subscribe to the BID Daily Newsletter to have it delivered by email daily.

Big Data And Capital
Big Data may help you with your capital development operations. We provide you with a few ideas.

Helping Your Customers With EXIM
The EXIM lets community banks write bigger lines of credit with less risk and stronger profits. What your institution should know.