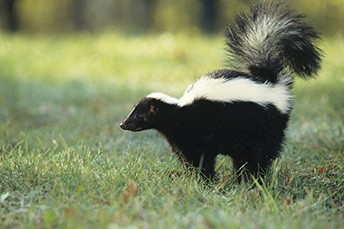 How Far Have We Come Since The Great Recession?

by Steve Brown
risk management
strategic planning
Summary: With the economic expansion in its 11th year, we thought we would revisit how far we have come since the start of this cycle.
Share this Article:
The typical skunk can spray about 10 feet, so if you are messing with one be sure to at least stand 11 feet away to be safe from the stink.
In banking, as we round out Q3, we thought it would be thought-provoking to see how far we have come from the stinky spray that hit everyone about 11Ys ago.
As we all remember vividly, the downfall tied directly to the subprime mortgage crisis, fake AAA credit ratings, and a high degree of market leverage. As home prices tanked, homeowners were unable to make payments or sell their home so foreclosures jumped.
FNMA and FHLMC had a lot of exposure and in September of 2008, they were nationalized and placed into conservatorship. Also that month, Lehman Brothers filed for bankruptcy (largest in US history) as liquidity dried up and so did Washington Mutual (2nd largest in history). Bank of America bought Merrill Lynch, Goldman Sachs and Morgan Stanley applied to become commercial banks, and the Fed took over AIG.
In October, Congress passed a $700B bailout known as TARP; the Fed jumped in to support $1.7T in commercial short-term loans for businesses, and lent $540B to money market funds to bail them out. At the same time, central banks worldwide coordinated global easing to keep liquidity flowing in the system.
In November, GM and Chrysler requested a government bailout (got it in January), the FDIC agreed to guarantee $1.3T in loans between banks, the Fed bailed out Citigroup, and the Fed bought billions in mortgages as a variety of ongoing actions continued.
Finally, in December rates hit 0%, the Fed injected $105B in TARP into eight banks and the world realized what it meant to "drop money from helicopters" in order to avoid another Great Depression. Nonetheless, the Great Recession was the worst downturn in the US since the 1930s.
Of course, the lessons learned rolled out in subsequent years with much tighter regulation. Now, the pendulum is finally easing back toward normal equilibrium a decade later. Banks are stronger, liquidity is better and the Fed itself (along with other regulatory agencies) now have a much thicker book of options available that at this point have been tested in a real environment to know what works.
The economy is generally strong (above 2% GDP), consumers have better balance sheets, and businesses are doing well too. So, those are good underpinnings, as of today.
In banking, as Fed Chair Powell noted a few months back, banks are "fundamentally stronger and more resilient" due to the post-recession regulatory structure.
No matter what the future brings, as we chug along during our 11Ys of expansion, know that the record is 17Ys running from 1991 to 2007 (recession is defined as 2 consecutive quarters of negative GDP growth). There was a dip in 2001, but we did not get 2 consecutive quarters; so there may still be a longer run ahead of us all--think positive!
Subscribe to the BID Daily Newsletter to have it delivered by email daily.