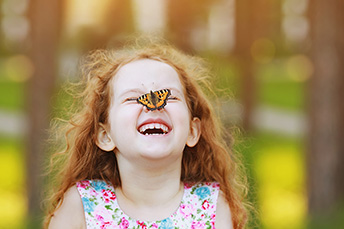 performance
business customers
customer experience
Summary: A recent study found that women aren't necessarily happy with their bank. Holding 51% of personal wealth in the US, this is an important customer group to keep happy.
Share this Article:
We came across a fun fact you might like to know. Back in the day, Shakespeare reportedly made over 100 references to insects in his writings. Even more interesting perhaps, while all bugs are insects, not all insects are bugs (which have a straw-like mouth), according to combatbugs.com.
As you think about what might be bugging you today, as you get started at the bank, we thought you may also be interested to know that US retail banks have an opportunity to boost their share of deposits by as much as 16.5%, according to new analysis conducted by Kantar.
Improving the customer experience for women is one important area to target, according to the study. It found that women aren't necessarily happy with their bank, and on average they gave a substantially lower preference score than men (65% vs 76%). What's more, women are less likely than men to obtain new financial products and services with their banks (64% vs 73%).
This isn't a gender thing, but rather the study found that even though women tend to be loyal customers, it appears loyalty only extends so far. Unhappy customers are an ideal target for competitors to swoop in, so keep your eyes open here.
Given that women now hold 51% of personal wealth in the US, perhaps it is time to refocus your bank's efforts here too. For instance, consider another Kantar study ("Winning Over Women") that found financial services firms generally aren't recognizing and responding to the growing number of female business owners and high number of women serving in senior management roles at companies. This is a chance for community banks to excel, even as other competitors fall short. They key is to not underestimate the significant assets women control and their role as main breadwinner and financial decision-maker in many households.
You may want to know how your bank is doing right now. To start, you could determine how you stack up with female customers in terms of service and product offerings, and where improvements may be warranted. Surveys can help your bank collect this data and simultaneously demonstrate your commitment to serving customers better. The availability of social media and online survey resources can further help you quickly generate feedback at little or no cost.
It's also worth asking what types of financial guidance your customers are interested in. A new study by The National Endowment for Financial Education shows that women are significantly more likely than men to feel the current quality of their financial life is worse than they expected. We are not totally sure what that indicates, but the research also found women were much more likely than men to say they are living paycheck to paycheck. Certainly, not all banks are able to offer comprehensive financial advisory services, but it's worth polling your customers to see what types of services interest them, and how best to help them financially advance.
Of course, asking for feedback is only the first step and acting on the information you've gleaned is equally important. By taking a proactive approach to engaging and serving your customers, your bank could unlock the potential of this and potentially other valuable groups. We doth think that makes good sense.
Subscribe to the BID Daily Newsletter to have it delivered by email daily.

Is a Hard-to-Navigate Website Costing You Opportunities?
Continuous reviews of your website’s user-friendliness can be the difference between a positive customer experience and a lost opportunity. A study by Forrester concludes that a well-designed and easily navigated website can increase your conversion rate — the rate at which visitors take actions, like submitting a contact form, that directly solicit your services on your site — by up to 400%.