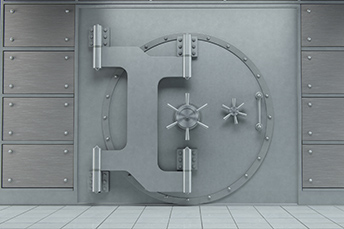 The Wild Popularity Of Biometrics

by Steve Brown Topics: biometrics, risk management, technology
Summary: In the world of biometrics, fingerprint identification for mobile bank accounts is on the rise. What you should know about fingerprint ID adoption for your biometrics strategy.

Having the right perspective is important. For example, you may have read a headline that said regulators want to loosen regulations for community banks. While that sounds great, we actually dove deeper for more insight. What we found is really sad. Basically, the article was referring to "community banks" that are $100B to $250B in assets. You heard right - the skew is so bad that pundits now seem to consider these massive behemoths as community banks. Next thing you know, you will see an article about helping really small retailers, like Amazon.
If that isn't wild enough for you, today we take another look at the world of biometrics, with a focus on the fingerprint.
While technology of all types continues to evolve, the fingerprint remains tried and true (for the most part). These days, fingerprint identification for mobile bank accounts is on the rise, as customers eagerly look for a simpler alternative to passwords and PINs. In fact, Bank of America reported 50% of its customers were using it in 2017.
Not surprisingly, big national banks, like BofA, with their hefty investments in technology, are leading the charge. Fingerprint ID is not only a good way to entice mobile customers, but it also appears to be more secure than passwords in many cases.
Fingerprint ID is just one form of biometrics that is being adopted in banking and business, as we have reported before. Yet, it seems to be the easiest to use, with the most widespread acceptance. Look no further than a 2017 EyeVerify survey that found 86% of banking customers familiar with biometrics had used fingerprint recognition at least 1x within the last 12 months; 87% considered it to be the most secure form of authentication.
While ease of use is one of the main attractions of a biometric application like fingerprint ID, the real payoff for banks, as with all biometrics, is that they can be harder to fool. Given the continuing rash of security breaches and cybercrime sweeping the globe, a biometric customer ID system that is not only safer, but easier for customers to use, could be a real differentiator too.
As bank customers become more familiar with biometrics, they will no doubt become more widely accepted. Biometrics in the US is expected to grow by about 20% annually between 2017 and 2024, and slightly faster in banking at 22%. Biometrics are considered easier and more convenient than password authentication, and 78% of those in the EyeVerify survey said mobile apps with biometric authentication were more secure than those without it.
So, what can community banks do today about biometrics? Start by talking to your customers about what they want, what they like and what they have already used. This is the beginning of your customer roadmap perhaps. Next, discuss biometrics options with your mobile app provider to see what they have, who is using it and how it all works. Finally, show customers what you are doing to help protect them. As you start to roll out biometrics in your app, ATMS etc., make sure you are communicating this to customers. At a minimum, it will show them you are just as concerned about protecting their data as they are.
Subscribe to the BID Daily Newsletter to have it delivered by email daily.

The SEC is advising companies to disclose potential risks from the effects of Brexit, phase out of LIBOR and increased cyber risk.

Michele "Miki" Bowman has been confirmed to fill a Fed governor seat focused on community banking. Bowman was the KS State Bank Commissioner and prior to that worked at a community bank that her great-great grandfather chartered.

100% of economists surveyed by the Wall Street Journal expect the Fed to raise interest rates by 25bp at the December meeting. The median of this group projects 3 more rate hikes in 2019.