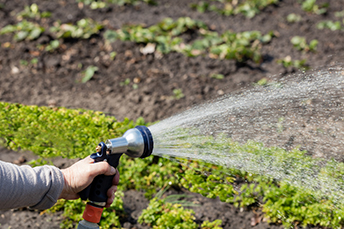 by Steve Brown
digital banking
payments
Summary: Vertical cards have been launched in the UK. This may be a new trend, even in the US, as contactless payments grow. We help you stay in the know.
Share this Article:
Engineers at MIT have done it again. This time around they figured out a way to get sprayed droplets to stick to whatever the target is. The issue they were trying to solve was that typically less than 5% of sprayed liquids actually stick to the target. The solution was surprisingly simple. Just spray the bigger drops through a fine mesh to break them into smaller ones, about one thousandth in size. The smaller droplets stick better when they land, thereby solving this problem. This approach has practical applications in painting, agricultural pesticides, among others.
The impact of this interesting technological discovery will be fun to watch. In banking, another simple change happening overseas relates to shifting the design of payment cards from a typical horizontal one to vertical.
In the UK, digital only mobile bank Starling Bank has introduced just such a design. Before you think this is just some creative trick by a marketing team somewhere, consider that moving to vertical seems to better fit how people actually make payments. Namely, they either insert them into an ATM that way, or they tap some machine to make a contactless payment.
The change also has a purported security advantage because the detailed information is located on the back of the card and not the front. That means it is in the user's palm facing down, so people with cameras or standing nearby can only see the issuer's logo and not the card number.
Starling could be onto something community banks in the US might want to know too. This UK bank is focused on digital, but also on research that shows the contactless payments market is expanding rapidly. According to Grand View Research, the global contactless payments market is forecasted to hit $2.2T in transaction value by 2025. Of course, in the US, the move to contactless has been slower, but many more US banks are also moving that way.
In fact, A.T. Kearney predicts that by 2020, 40% of all US cards will be equipped with contactless technology. Meanwhile, Visa projects that by the end of this year about 50% of face-to-face transactions will be handled by contactless-enabled merchants in the US. As it becomes easier to use contactless cards, consumer acceptance will grow.
Good news for banks: A.T. Kearney further estimates that with US consumers increasing contactless card usage, there is up to $2B in incremental revenue to be had over 5Ys.The other benefits of contactless payment are that it's considered safe, simple and faster than many chip readers today.
While some customers will prefer to use digital wallets, others still like having a physical card in hand no matter whether it is horizontal or vertical. As your business customers start to find contactless a viable payment option, contactless-enabled cards may be the way to go. As the first group of EMV cards expires early next year, a summer report by the US Payments Forum finds this could serve as an opportunity for many banks to issue dual-interface cards for the next cycle.
Your bank still has time to think about things, but we wanted to bring you up to speed on the changes both here and abroad that could impact your customers and your bank.
Subscribe to the BID Daily Newsletter to have it delivered by email daily.

Vacationing From Self-Storage Lending?
In 2017, US companies spent $3.6B on self-storage facilities. We provide you with the latest updates on this lending sector.

The Impact Of California's New Privacy Law
The new California privacy law is being touted as the most stringent privacy law in the US. What do community banks need to know to stay out of trouble?

WEBINAR REGISTRATION
How to Achieve Sustainable Loan Growth September 19 | 10:00AM PT Navigating the Global Needs of Your Customers September 20 | 10:00AM PT