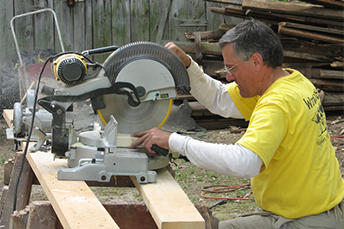 The Impacts Of Community Banks - 1 of 4

by Steve Brown Topics: strategic planning
Summary: Community banks make an impact in their communities all year long. We honor some of them today for Community Banking Month.

The Chronicle of Philanthropy reports the largest charitable donations of 2017 were from Bill and Melinda Gates ($4.6B), Mark Zuckerberg and Priscilla Chan ($1.9B), Michael Dell ($1.0B), Henry Hillman ($800mm), and Herbert and Florence Irving ($600mm).
Like these great philanthropic givers, community banks also give back all the time to their communities. Also, since April is Community Banking Month, we want to recognize some of the impactful ways community banks are supporting local businesses, nonprofit organizations and others.
In February, we asked banks to share their stories of community support and outreach programs. We received many wonderful stories. Unfortunately, we are unable to publish all of the stories we received, as there were so many. However, we will be sharing many of these stories each week throughout April.
Today, we are highlighting some of the important projects that community banks accomplished in partnership with the local chapters of several national nonprofit organizations. You may find you are doing many of these same activities within your community or you may get some new ideas. Either way, take pride in knowing that we are all community bankers that do good within our communities.
Boys and Girls' Club
Habitat for Humanity
Humane Society
Red Cross
United Way
Stay tuned for more stories next week!
Subscribe to the BID Daily Newsletter to have it delivered by email daily.

Forbes presents the case that Bank of America stock could rise almost 30% in the next few years in its upside scenario, so we share some of the reasons to help your community bank in this area too. A strong balance sheet, increased dividend payouts, a 10% rate of return and share repurchases.

Jelena McWilliams, the top lawyer at Fifth Third Bancorp, is set to take over as head of the FDIC as early as April. Her appointment should continue to usher in more regulatory relief and speed up cross-agency rulemaking.