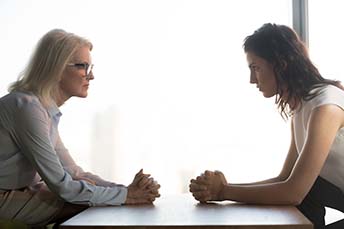 by Steve Brown
technology
API
cloud
Summary: Eighty percent of financial institutions plan to move away from mainframes and embrace cloud computing within the next two to five years. From lower costs to greater capabilities, the switch to cloud computing is something CFIs can no longer ignore or leave on the back burner.
Share this Article:
The popularity of Mary Rodgers’ 1972 novel Freaky Friday has stood the test of time. Since it was first published, the story has been portrayed in four different movies depicting how Anabelle Andrews, a sloppy, unorganized tomboy, and her mother, Ellen, a Type A perfectionist with impossibly high standards, accidentally wind up switching bodies for a few days. Though the story has been altered slightly in each version of the film, the underlying message remains the same — that seeing things from inside another person’s shoes can seriously change your perspective and opinion of that individual.Unexpectedly swapping bodies causes a lot of confusion and drama for Anabelle and her mother, and it’s something they definitely wouldn’t have done if given the choice. Once the experience is over and they return to their own bodies, however, they each have greater respect and appreciation for one another. Community financial institutions (CFIs) know a little something about the anxiety that can be involved in major switches. But as many in the banking industry have begun making the transition from mainframes and legacy systems to cloud computing, it’s clear that cloud computing is the future and the shift is one CFIs will eventually have to make.Soaring interest in clouds. The onset of the COVID-19 pandemic not only expedited consumers’ acceptance of mobile banking services, but it showed the banking industry the benefits of cloud-based computing and the nimbleness that comes along with it. As financial institutions struggled to maintain business as usual amidst lockdowns and remote work, the seamless transition of customer service call centers — and the technologies necessary to run them on the cloud — did not go unnoticed. Now, the majority of financial institutions have begun acting on that realization. At least 80% of banking IT executives are planning to switch the majority of their mainframe systems to cloud computing, most of them within the next two to five years, according to the findings of a recent study by Accenture. That’s up from just two years ago, when Accenture found that only 20% to 30% of banks were considering hybrid approaches to cloud computing.Cloud benefits. Financial institutions are stepping up their embracement of the mainframe alternative. Switching to cloud computing promises significant financial savings, at a time when maintenance costs for mainframe systems have been soaring over the past five years. This adoption is also fueled by promise of greater capabilities, the ability for enhanced automation, and even better security, particularly for mobile apps. Adoption of cloud computing also means the ability to rent data storage services from major players, like Microsoft, Google and Amazon — all of which have invested significant resources into cloud computing. That means financial institutions can drastically reduce the money spent on IT and infrastructure costs, such as the cost of maintaining mammoth computer servers that need to be temperature controlled and typically translate to massive air conditioning bills.Since data in the cloud is backed up on numerous servers, recovering important information is also significantly easier if a server crashes or there are hardware problems. Then there is the added benefit of being able to enhance personalization for customers by taking advantage of the ability to more effectively collect and mine data through advanced analytics. Cloud computing also makes it easier for employees in different geographical locations to communicate, and resources can be enhanced or minimized based on an individual organization’s changing needs.Still a ways to go. Though financial institutions in the US are embracing cloud computing, adoption still has quite a way to go. At present, 12% of the workload in North America has shifted to the cloud, compared with only 5% of Europe’s workload. However, 39% of North America’s banks are already doing business primarily in the cloud, with 55% using some sort of hybrid approach.The majority of financial institutions have dipped their toes into cloud computing in some way. According to the American Bankers Association, 90% of banks have moved some sort of application or data to the cloud. Until now, regulatory concerns have been a major impediment for financial institutions to embrace cloud computing, but even that is beginning to change. Major cloud providers such as Google, Amazon, and Microsoft have been stepping up their own focus on risk management. Artificial intelligence tools can actually give CFIs a better perspective of customers’ risk level when it comes to services such as lending.Like it or not, cloud computing appears to be the future for the banking industry. If your institution has yet to delve into cloud computing, make sure that whatever provider you choose offers encryption, migration support, compliance, and certification and access control.
Subscribe to the BID Daily Newsletter to have it delivered by email daily.