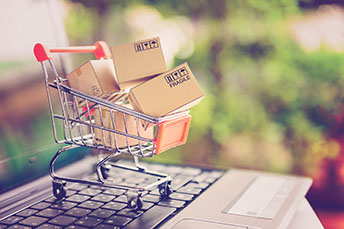 by Steve Brown
performance
strategic planning
Summary: There are good reasons for many written and unwritten business rules bankers follow. The hitch comes when we follow those rules blindly, without examination. We examine "best practices" more closely.
Share this Article:
Amazon is an interesting company. Its share as the #1 US e-commerce player is reportedly a whopping 49%. In case you were wondering, that dwarfs #2 eBay (6.6%), Apple (3.9%), Walmart (3.7%) and Home Depot (1.5%). Meanwhile, for overall retail sales, the latest data (2017) shows Walmart on top at $375B, followed by Kroeger ($116B), Amazon ($103B), Costco ($93B) and Home Depot ($92B). It will be interesting to see where Amazon ends 2018 once the 2018 data is released.
Clearly Amazon sets the bar when it comes to online and retail sales activity. It got us thinking about that often cited term of "best practice". It's a common idea, because it is easy to absorb. Yet, it is also one that deserves a more critical review. In truth, there is no such thing as a best practice.
That's not to say that you shouldn't follow regulatory guidelines or that executive summaries shouldn't be short and to the point. There are good reasons for many written and unwritten business rules bankers follow. The hitch comes when we follow those rules blindly, without examination, or believe just because someone said something is a best practice that it is indeed the case.
To start, the world is much too complex for a single practice to be the best or right one for everyone. Just because an expert says it's so, or the metric has worked for some time, that doesn't mean that it's the right choice for your bank.
It might still be the right choice for someone, but best practices sit on a pedestal and can get enshrined simply because they worked well somewhere. People are highly fallible, tend to anchor on things and fight change like it is going out of style.
Let's say that you need to automate a manual process. Should you buy a solution that lives on your server or get one that is in the cloud? Do you build your own customer application or not? Do you outsource the effort or try to build it using internal staff? The answers to any of these could be "yes", but they are dependent on facts and circumstances (that change over time as well).
Best practices make people feel good, but they are basically a bunch of hooey. In another example, pre-crisis banks were able to leverage much more than they can now. That led to a best practice of bank performance targeting of 1% ROA and 15% ROE. Those sound good until you take a look at a bunch of failed banks (many were at these levels or better) and don't take into account the massive rule changes following the crisis (require much more capital and much less leverage opportunity). Today, to get to those levels, you have to be taking risks and some are probably not taking the most calculated risks. Only time will tell.
Another issue with best practices is that they encourage legacy-based thinking. They don't move you forward; they push you to become the average of everyone who follows such things. It is a simple fact that everything changes constantly, so any single thing just isn't going to hold up very long.
It's not easy to unlearn legacy-based thinking, but we as humans have to try. To move your bank forward in a market full of strong competitors, it is key to think critically about everything. Add in side helpings of creativity, expertise, and intellect and your team can decide which practices are really best or worst for you at any given time.
Subscribe to the BID Daily Newsletter to have it delivered by email daily.