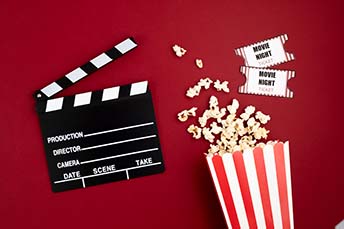 lending
credit stress testing
credit risk
Summary: This year has seen record inflation, ongoing interest rate hikes, and economic recovery, followed by anxiety over a possible recession. In this first installment of our three-part review of 2022, we look at this turbulent market and how it has impacted lending.
Share this Article:
Most charts list the movie “Avatar,” released in 2009, as the highest grossing movie of all time with $2.9B in revenue. However, if you adjust for inflation, “Avatar” slips to number two, and “Gone with the Wind,” which was released in 1939, moves to the top spot — grossing $3.9B in modern terms. It cost $3.85MM to produce at the time — significantly less than the cost of today’s major blockbusters.Inflation, of course, affects a lot more than just the price of a movie ticket. The biggest impact on the economy can be seen in sectors like business and real estate, including the lending market. Here we review the key factors impacting lending this past year.The Turbulence of the MarketIn 2022, the US economy continued to bounce back from the lows of the pandemic, and some indicators of economic activity grew steadily in the first half of the year. For example, consumer spending remains positive, despite consumer confidence dropping to 100.2 in November. However, high inflation, interest rate hikes, and geopolitical shifts leave the economy in a somewhat precarious state.
Effects of the Market on Lending
The conditions that have dominated 2022 are likely to continue as the Fed persists with its tightening to rein in inflation. However, CFIs that remain watchful over their portfolios are well positioned to support their communities in weathering this uncertain economic environment. In the second part of this trilogy, we’ll examine how the labor and talent market have changed in 2022. The third and final part will discuss the cybersecurity challenges the financial sector encountered this year.
Subscribe to the BID Daily Newsletter to have it delivered by email daily.