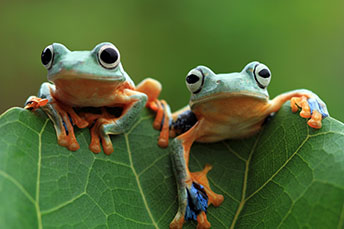 Is It Time to Join the BNPL Bandwagon?

community bank
credit
payments
Summary: BNPL has become increasingly popular and is expected to grow in the years to come. The market, currently dominated by fintechs, is ripe for regulation, opening the door for traditional financial institutions. CFIs may want to react quickly to this latest disruptor. We discuss the key considerations for CFIs entering this space.
Share this Article:
Nicolas Chamfort, an 18th century French playwright and conversationalist, once said, “If you have to eat a live frog, do it first thing in the morning and nothing worse will happen to you for the rest of the day.” The quote — mistakenly attributed to Mark Twain and more recently adopted by time-management gurus — refers to not delaying the inevitable evil. Its sentiment is, of course, quite the opposite of Buy Now Pay Later (BNPL) — the latest form of point of sale (POS) financing.The increasingly popular BNPL service allows customers to spread out payments by making interest-free installments over a fixed term, all while having a frictionless shopping experience. Digitization, widespread merchant adoption, and consumer appeal (particularly to younger generations) are driving double-digit growth in this market. With a CAGR of 45%, BNPL is expected to reach a global value of $3.6T by 2030. In 2021, North America accounted for 30% of the BNPL market.So far, BNPL has been dominated by fintechs such as Affirm, Afterpay, PayPal, and Klarna, diverting $8B-$10B in annual revenues away from banks, according to McKinsey’s estimate. Tech giants such as Amazon, Walmart, and Apple, have also entered the fray, causing further disruption. Community financial institutions (CFIs) may want to act boldly to avoid missing out on their share of this growing market.CFIs Well Positioned to Succeed In BNPL

Fortunately, regulatory oversight may assist CFIs in succeeding in this market. In December 2021, the Consumer Financial Protection Bureau (CFPB) opened an inquiry into the industry amid concerns about “accumulating debt, regulatory arbitrage, and data harvesting.” The latter is the subject of the CFPB’s more recent report on the convergence of payments and commerce. It highlights the data protection risks associated with the growing trend of monetizing consumer financial data in ways that the consumer does not intend or understand.As CFIs are already subject to regulation, this scenario presents them with an opportunity to leverage their position as trusted partners, and offer stability and security to the industry and consumers. What’s more, in a rising rate environment, CFIs have the advantage of lower cost of funds compared to companies that don’t originate their own deposits. Unlike fintechs, they also have a history of credit checking, ensuring that they don’t take on bad debt. Finally, a survey by the Strawhecker Group found that nearly a third of consumers who had never used BNPL would be willing to do so, if it were offered by a traditional financial institution.How CFIs Can Enter the BNPL Market

The easiest and most cost-effective means for CFIs to enter this space is to partner with an existing player. One way of doing this is by underwriting BNPL plans for fintechs, as a New Jersey CFI is doing for Affirm and Openpay. Or, if they want a bigger piece of the pie, they could partner with one of the many BNPL providers to offer these services directly to merchants. In May 2022, Visa launched a service — Visa Ready for BNPL — to help banks find such partners easily.CFIs turning to big banks for an example could look at Citizens Bank, which started its BNPL offering in 2015 by partnering with Apple. Today, it serves over 7.5MM consumers at POS and has originated more than $9.5B in loans. It differs from fintech BNPL players by targeting a smaller number of large merchants with a more tailored offering, such as a range of payment plans, which may include a line of credit as well as an installment loan.There are also opportunities for CFIs without large merchant clients, according to a Director at Cornerstone Advisors. “All the big national … and e-commerce merchants are getting gobbled up, but that doesn’t mean there’s not a lot of small businesses that wouldn’t benefit from this model,” he says, pointing to doctors’ offices, orthodontists, and car repair shops as examples of small businesses that CFIs might already have a relationship with.Niche markets, such as healthcare, travel, and hospitality, are also viewed as good targets for CFIs, as BNPL is mainly concentrated around traditional retail. A North Dakota-based CFI recently formed a partnership with a BNPL platform to serve outdoor recreation, farm, and ranch markets. "The bank's vision is to be who people turn to when they are making important decisions about their money. This relationship will help us do just that," says the bank’s CEO.A Balancing Act

However attractive the opportunity, CFIs should not lose track of their responsibility to their communities to ensure they are financially responsible. A brief from the Financial Health Network reports that “financially vulnerable households are nearly four times more likely to use BNPL than financially healthy households, and nearly one-third (30%) of users spent more than they would have if BNPL hadn’t been available.”CFIs need to balance the opportunity offered by BNPL with the care for their communities they are so well known for. They can do this by offering financial education around the pros and cons of BNPL, as we’ve discussed previously.
Subscribe to the BID Daily Newsletter to have it delivered by email daily.