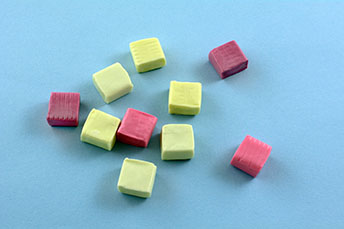 credit cards
lending
Summary: Buy now, pay later (BNPL) installment loans have been rising in popularity. Around one in three American digital shoppers have used BNPL to finance purchases, according to LendingTree. POS e-commerce installment payments are expected to reach $680B globally in 2025. Here are the things you should know about BNPL.
Share this Article:
Most people have heard of the candy, Now and Later. The name comes from the idea that you can pop one of the chewy pieces in your mouth now and you will be still chewing it later. This clever marketing branding from 1962 likely has irritated many dentists and orthodontists over the years, as they grappled with the cavities and broken brackets as a result of the chewy candy. Similarly, buy now, pay later installment loans (BNPL) may be irritating a few bankers out there. These loans have been increasing in consumer popularity. Since small business owners are also consumers, we explore the consumer adoption of BNPL and how it is likely to spill over into applications at small businesses. The rise of BNPL

BNPL has seen a huge uptick in the past 18 months. Much of the popularity comes from the increase in the number of online retailers offering these options. According to a recent survey by LendingTree, roughly one-third of US digital shoppers have already financed purchases via BNPL offerings, and of those, nearly two-thirds have done so five or more times. The appeal to pay later is likely to continue as point-of-sale e-commerce installment payments are expected to hit $680B worldwide in 4Ys. One of the big differences from credit cards is that BNPL products generally offer financing without interest for four short-term installments. The retailers account for most of the revenue paid to the BNPL providers, which is frequently higher than fees paid to credit card providers. Yet, the benefit is that bigger ticket items are bought on BNPL.  BNPL players

Payment-focused fintechs are already crowding this space, including companies like Afterpay, Affirm, Clearpay, Laybuy, and Klarna. E-commerce titans including PayPal, Amazon, and Apple are either creating their own customized BNPL offering, or partnering and acquiring to enter this space. Many of the BNPL developers are even creating browser extensions, to make the entire process of buying on layaway even easier.  Several large US and foreign banks including Regions Bank, Citizens Bank, and Banco Popular have launched their own, proprietary BNPL programs. In April, Barclays US announced a fintech partnership to offer BNPL through its merchant customers. JPMorgan Chase has added a feature to convert larger purchases on a credit card to an online installment loan. BNPL players are seeing this as an inexpensive opportunity to acquire new customers and ultimately market other products to them.How could community financial institutions (CFIs) approach BNPL?
Subscribe to the BID Daily Newsletter to have it delivered by email daily.