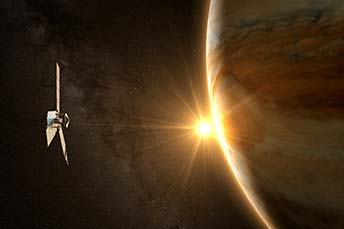 small business
business customers
Summary: Financial institutions enjoyed client deposit surges through the end of last year, but extreme rate hikes from the Fed may change that. As CFIs feel pressure to raise their rates on deposits to keep customers, it’s important to consider what other strategies CFIs can deploy to retain deposit levels and client relationships.
Share this Article:
Imagine going 165K miles per hour. That’s the peak speed NASA’s Juno spacecraft reached on its five-year journey to Jupiter, before it settled into orbit around the massive planet in 2016. Although the Federal Reserve’s rate hikes haven’t come anywhere close to this speed, they’re still being raised at the most aggressive pace since 1994. By now, many community financial institutions (CFIs) are feeling pressure from their commercial clients to pay more on deposits in order to retain their business. Should your financial institution raise the rates it pays?For many CFIs, the instinctive answer is no. They have no need to compete on deposit rates, because they have abundant deposits. Commercial banks enjoyed a surge in client deposits in the first 18 months of the pandemic, growing 34% from March 2020 to the end of 2021. About 60% of that growth was due to the combination of government stimulus payments and businesses using credit lines to build precautionary liquidity. Like all economic circumstances, though, this trend is subject to change at any time.Deposit levels can’t stay high foreverNo one can entirely predict where loan demand, capital investment, deposit levels, and economic growth are headed in the future. It’s fairly certain, however, that financial institutions won’t always have such abundant deposits. Eventually, CFIs will once again need to compete for deposits and consider the cost of capital. They’ll need customers who will take out loans when loan demand returns.Upward pressure on deposit pricing isn’t yet widespread, but Peter Serene, the director of commercial banking at the consulting firm Curinos, warns that they’re “starting to see material outflows at some banks.”Commercial deposit volumes are still a little higher than in 2021 overall, though a Curinos study showed that banks in the bottom quartile for commercial deposit growth endured a 10% decrease YoY. The same study showed that the average interest rates on commercial deposits went up 10 bps between April and May, though overall rates are still below their pre-COVID-19 levels. Rebates on non-interest-bearing commercial deposits have stayed level, though Curinos found that almost all liquidity managers think CFIs will ultimately pay higher rebates this year.Because most banks have indicated that they are in no rush to raise the rates they pay on deposits, CFIs have some time to sort out a response to these changing conditions. This lets CFIs create a measured strategy to take full advantage of opportunities that arise in this current financial climate.Upheaval means opportunityAt some point, financial institutions will raise rates on deposits. Challenger banks will likely be the first to offer more competitive interest rates, and other financial institutions will follow suit. Some customers will stay with their existing financial institutions, while others will shop around for better rates.
That search for better rates is an opportunity for CFIs, and not just a chance to outcompete other financial institutions on interest rates.While raising rates is a good bet on maintaining your customer base, it’s not a foolproof method — or even the only method — to increase the value of your institution for your customers. It also won’t guarantee loyalty in the long term, if a competitor’s rates are higher. You’ll need to give customers deeper reasons to choose you over your competition. Here are some strategies aside from raising rates that could help CFIs retain customers and draw in new ones who’ve decided to shop around:
Subscribe to the BID Daily Newsletter to have it delivered by email daily.