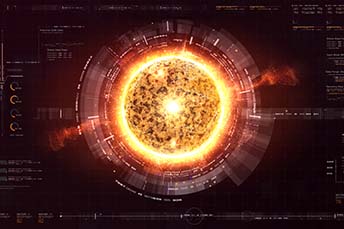 M&A
bank mergers
Summary: Merger and acquisition activity soared last year and this business strategy could be the answer your CFI needs. Financial institutions are teaming up not only to create more scale, but also to broaden their scope as they seek ways to increase their stability in the face of challenging industry winds.
Share this Article:
The science community has been trying for decades to recreate nuclear fusion, the process of fusing together two nuclei, in a way that produces net energy. A few months ago, physicists in California performed an experimental nuclear fusion reaction that reached 135M degrees Fahrenheit — that’s five times hotter than the core of our solar system’s sun! This successful trial run not only gives hope for a more powerful, waste-free alternative to the current standard nuclear fission, but is also a testament to the benefits of combining two smaller entities into something much greater.Fusing two independent items into one is far from a new concept in banking, though. In this follow-up to our article on the trends in merger & acquisition (M&A) activity, we discuss considerations for community financial institutions (CFIs) who are in the market for an M&A deal. Last year, M&A activity within the financial services sector was on a tear. The collective value for bank deals in 2021 soared to $77.58B, a level not seen since 2006, according to S&P Global. This year, institutions large and small are still combining to create more scale and improve profitability for their shareholders — particularly in the face of weaker loan demand, continued margin compression, and fierce competition from fintechs launching ever-more-sophisticated digital tools.Says one industry observer: "There are going to be a lot of those types of transactions where community banking is coming together to try to preserve community banking.”More institutions will merge with other institutions, as well as with fintechs and other nonbanks, to also expand the scope of their business models, according to Bain & Co. One Bain expert sees a trend of “integrate first and transform later” being abandoned for a “buy and transform now” approach. It’s much better to start the transformation work far ahead of the actual deal by conducting thorough due diligence, followed by a conscientious integration process that’s mindful of both customers and employees.If your institution is considering acquiring another institution or two, in order to increase scale or scope — or both — consider these best practices from several industry experts, and two CFIs that have successfully acquired numerous institutions:Don’t overpay and then take a hatchet to justify it. Overzealous CEOs can cause the acquiring company’s team to bend numbers so that the deal appears to make more sense on paper than it does in reality. One industry analyst notes, “The easiest way for them to do that is to assume they will be able to cut more expenses than they should… (but then) the producers at the acquired institution leave and take with them the best customers.”Clearly communicate to employees of the target institution. The acquired employees should know upfront what’s going to happen — for both the sake of the customers and their own livelihoods. Forming a positive relationship with the acquired employees is integral, as their sentiments toward the transition will ultimately impact how the customers feel.Above all, be honest, an industry attorney advises: “If they say, ‘Nothing is going to change and no one will lose their job,’ but then pink slips start being handed out three weeks before the deal closes, failure to meet expectations will breed resentment.” And if positions will be eliminated, it’s important to discuss severance or even consider an alternative position for the affected employees.Designate an integration team. Members of this team should be the same individuals who run the operations that need to assimilate the target institution’s corresponding operations, because they’re “better tuned in to issues and are better able to get it done,” says the CEO of a Montana CFI that has completed more than two dozen acquisitions. The team works closely with the integration team of the target institution, as well as the CFI’s existing vendors to catch potential disconnects before they become problems. “In addition, after every integration we analyze what went well and what we could do better.”A Wisconsin CFI that is also a successful serial acquirer employs a “buddy” system — matching each of the target institution’s employees with one of the CFI’s employees to smooth the transition. Says its CEO: “It’s not an executive of the company, but a peer. We tell them that they can have an honest conversation and that every question is a good one.”The communication process doesn’t stop after the integration is complete, either — all employees receive updates and positive stories about the new normal, the CEO says. “We believe that constant, focused communication helps ease the process from signing the deal to operating as one bank.”If your institution is planning to merge with, acquire, or be acquired by another bank or even a fintech, make sure the deal makes sense for both companies. Once you’re ready to move forward, keep communication open and honest, with both employees and customers. Most importantly, don’t forget to take as many steps to smooth the integration process as possible.
Subscribe to the BID Daily Newsletter to have it delivered by email daily.