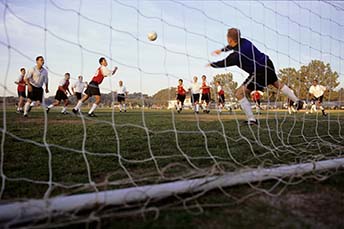 M&A
bank mergers
Summary: The banking sector recently saw a strong resurgence in M&A deals, although activity is now slowing down. We look at the key drivers and trends shaping banking M&A in 2022, along with industry-specific factors including the acquisition of digital capabilities, the downward trend in net interest margins, and the ongoing blurring of the lines between fintechs and banks.
Share this Article:
In the dying seconds of the 1966 Soccer World Cup Final, the very last shot famously rebounded off the goal crossbar to deliver victory for England. Like the English soccer team, merger and acquisition activity in the banking sector has also benefitted from a very welcome rebound since the lows seen during the COVID-19 pandemic. An impressive 210 transactions were announced last year, an 89% increase on the 111 deals made in 2020. According to Deloitte’s Banking and Capital Markets M&A Outlook 2022, average deal value rose from $546MM to $693MM over the same period, with five deals topping the $5B mark.However, M&A activity appears to be slowing down this year. S&P Global’s review of H1 2022 reveals that only 82 US M&A deals were announced in the first half of 2022, compared to 100 in the first half of 2021. Similarly, transaction values were only $17.2B, compared to the $32.3B achieved in the same period the previous year.Observers attribute this decreased activity to wider concerns regarding inflation and a potential recession amplified by the war in Ukraine, rising interest rates, sellers seeking higher prices from acquirors able to pay less, and ramped-up regulatory scrutiny of banking M&A. In addition to these wider concerns, American Banker recently reported that deal approvals are taking longer overall, generating uncertainty that could further hamper deal-making.Despite the recent slowdown, M&A still holds much potential for the financial services industry. The recent boom in these transactions reveals six M&A trends for community financial institutions (CFIs) to take note of:
Ultimately, CFIs may need to adapt to compete. As part of this, they may need to invest further in digital native capabilities. The boom in Buy Now Play Later (BNPL) services as an alternative to credit cards is proving to be one such battleground, with major banks spending heavily on M&A to acquire BNPL capabilities and avoid being muscled out, evidenced by Goldman Sachs’ £2.24B acquisition of Greensky.Credit unions want community banks
In addition to the above trends, community banks continue to be acquired by credit unions. Three such transactions occurred during 2021 and seven have been reported so far this year ­­— the latest being First Citrus Bank of Tampa’s purchase by DFCU Financial for $105M. However, deal volume is relatively small ­­— S&P Global predicts around 20 this year with Financial Brand newsletter quoting up to 25.Looking ahead
It’s hard to predict if these current trends will continue, and how the numbers and sizes of deals will shape up during the growing economic uncertainty. However, given the pressures on CFIs to modernize and offer digital services amid growing competition from fintechs, it’s likely that M&A will remain high on the agenda. If you believe a merger or an acquisition might be the right thing for your CFI, we also have insights on how to complete a successful M&A deal.
Subscribe to the BID Daily Newsletter to have it delivered by email daily.